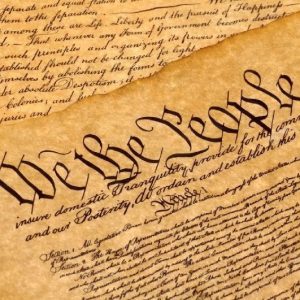 The last major revision of the SAT introduced a number of prominent changes like rights-only scoring (yay) and the No Calculator Math section (boo). One addition that mostly flew under the radar has emerged as a sore spot for many students tackling the SAT Reading section. What are Founding Documents and why are they so hard to deal with?

Every Reading section from any of the SAT Suite of Assessments now includes one passage or a pair of passages from either a U.S. founding document or a text in the Great Global Conversation they inspired. According to the College Board, the U.S. founding documents include but are not limited to the Declaration of Independence, the Bill of Rights, and the Federalist Papers. These seminal works and those from activists, politicians, and philosophers from around the world share a focus on equality, rights, and the nature of civic life.

While today’s teens are generally attuned to vital matters as freedom, justice, and human dignity, they often struggle with reading passages in this category. What makes these passages so tough. For one, they are old. These passages are excerpted from formal documents, articles, and speeches from as far back as the 18th century. The elaborate phrasing and esoteric vocabulary such works routinely employ utterly mystify many 21st century readers, as anyone who has struggled with Shakespeare can attest.

In addition, these historic works are dense with meaning. American jurists and politicians have been parsing documents like the Constitution for centuries without arriving at a clear understanding or consensus. The concepts of freedom and justice they grapple with are likewise still debated today. How are high schoolers supposed to master these complex ideas in a matter of minutes? We have a few suggestions:

1. Understand Rhetoric and Argumentation
Every one of these Founding Document and Great Global Conversation passages falls cleanly into the category of persuasive writing. Each passionate writer or speaker has been immortalized for his or her eloquence in espousing a particular principle, which is central to understanding the passage. Since the excerpt represents an argument, identify its claims, evidence, and reasoning. Also pay attention to persuasive and rhetorical elements as well as overriding themes of ethos, pathos, and logos. Some questions may ask about these elements directly, but all are informed by a general understanding of the argument at hand.

2. Pierce Through Classical Language
Technology may have advanced exponentially over the years, but the pinnacle of English language writing may be far behind us. Writers in previous centuries displayed a mastery of vocabulary and phrasing few readers ever see–or want–today. Anyone taking the SAT should learn to deal with “old” passages by cutting through the baroque phrasing to understand the primary ideas being espoused. Understanding unfamiliar words through context and paraphrasing complex points in simpler terms will lead to a stronger grasp of what matters in each passage.

3. Learn Some History
Reading questions on the SAT & ACT never test prior topic-specific knowledge, but that doesn’t mean such knowledge can’t help. In the case of Founding Document and Great Global Conversation passages, previous acquaintance with the author and his or her historical importance cannot help but foster a faster understanding of the main idea of the passage. For example, knowing that Elizabeth Cady Stanton was a leading figure of the early women’s rights movement would have set a test taker up for success when answering questions on her passage on a previously released official test. Always pay attention to the introductory sourcing of each passage and search your memory for the author’s role in history.