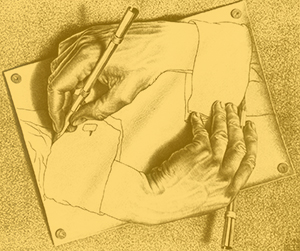 The SAT & ACT have long tested structural elements in reading passages, specifically an understanding of why writers make certain choices and what form their choices take. Structure questions challenge a test taker’s ability to recognize literary devices and go beyond understanding what an author says to recognizing how and why.

The new SAT essay tests understanding of structure on an entirely new level. Students are given a long passage and asked to explain how the author builds an argument to persuade an audience. This assignment marks a dramatic departure from previous test essay assignments, which were persuasive rather than analytical. Analyzing an argument demands a better mastery of the terminology of structural elements. Test takers should be able to speak to the balance of ethos, pathos, and logos in an essay, but should also be prepared to identify additional persuasive elements. The following represents some of the broader categories and common structures found in test passages:

STRUCTURAL ELEMENTS
analogy – a similarity or comparability between like features of two things
anecdote – a short account or amusing story
aside – a temporary departure from a main theme or topic
denunciation – open censure or condemnation
diatribe – a bitter, abusive attack or rant
digression – an extended departure from the main subject or idea
disclaimer – a rejection or denial of responsibility or connection
hypothetical – a theoretical or speculative instance or example
personification – a person or thing typifying a certain quality or idea
reminiscence – a recollection of past events or experiences

Of course, these elements represent only a portion of the various structures and styles writers bring to their craft. But any student able to identify and label these elements on the tests will earn big points!