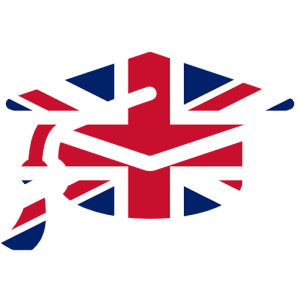 The last thing anyone wants to read right now is another article about how COVID-19 has impacted higher education. Whether it is the debate about whether tests are really optional or how meaningful those unexpectedly online AP exams will turn out to be, there are a lot of strong opinions out there.

One factor just starting to generate very strong opinions is the fate of students looking to start their college educations this fall. While some campuses appear optimistic about restarting, there are plenty of experts out there who think that it might well be too early in September for students to return to campus and physically attend classes.

The prospect of an entirely online semester doesn’t sit well with many college students. After all, many of the things that make college such an experience involve living in close quarters with equally uninhibited peers. Also, let’s face it, social distancing is hardly a top priority for many college freshmen.

Therefore, while there are plenty of optimistic campuses out there, there are plenty of others who are looking for other options, of which there are also plenty. But traditional options like gap years, service years, work, or even community college come with their own complications. Luckily, a great option very few American families consider exists for the fall of 2020.

According to my friend Kevin Newton, who’s been helping everyone from undergrads to post-docs apply for university abroad for years, as of right now, during the summer of 2020, it is not too late to apply and be accepted to a number of undergraduate programs abroad, including dozens in the UK. Consider Kevin’s insights and advice…

Across the UK, programs are prepared to begin physical classes this fall. Residence halls will be open. Life is restarting with a sense of certainty that hasn’t been seen in much of the US. Unlike the US, where this remains a bit of an optimist’s perspective, such decisions are seen throughout the country as being very likely.

Likewise, it is not too late for many in the EU, but due to recent moves by the EU to suspend visitors from the US, it may not be the wisest approach. Instead, the UK remains committed to keeping its borders open to Americans, as long as they observe the two weeks quarantine.

The reason for this is that the UK has a period known as ‘Clearing,’ through which students who did not get a spot in a UK university can apply for leftover spots. This process starts July 6 this year, but it is imperative to get an early start on it.

The application process will be completely different than you might expect. Grab your standardized test scores, a good letter of recommendation, and a personal statement, and start looking for universities with spots open. Then call them and ask for a decision.

Sometimes, they will give you a decision on the phone, and you confirm if you want it or not.

There is, of course, the issue of paying for it all. UK universities charge tuition rates of nearly $27,000 per year, with living expenses, travel to and from Europe, and trips throughout the Continent (when safe to do so) adding another $18,000. That makes the total price around $45,000.

However, UK degrees tend to be only three years long, which means that you’ll have undergrad finished a year faster, and for a total overall cost of $135,000. That’s living in London; if you choose to live elsewhere, or study a degree with lower tuition, your cost will be much lower. Best of all, loans like Federal Direct Loans and PLUS loans are applicable overseas.

Clearing won’t work everywhere; Oxford, Cambridge, and LSE almost never have Clearing spaces left. However, plenty of top UK universities, that lead to jobs at multinational corporations, do. These include top 20 global universities that are very happy to have American voices on campus, now more than ever.

If you’ve been looking for an excuse to explore the option of studying in Europe or the UK, there’s never been a better time than now. Students still struggling to decide on where they want to attend school in the fall should get in touch with Kevin Newton at An Education Abroad ASAP.

Previous articleObservations After Experiencing a Computerized ACTNext article Do Colleges Still Want the SAT, and Should We Take It In Fall?