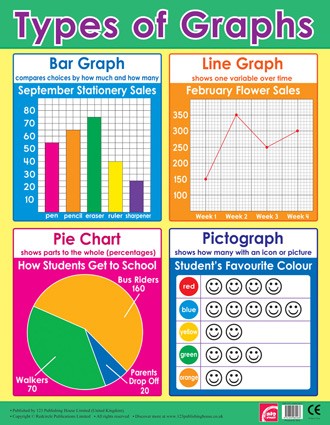 As the SAT and ACT continue to evolve, we see how certain competencies, like vocabulary, become less important as others increase in value. One of the major changes to the SAT serves to confirm what the ACT established long ago: graphical literacy matters.

Graphical literacy simply describes the ability to read and, as needed, write or draw graphs and charts. Standardized exams like the SAT and ACT have traditionally tested graphical literacy through their math sections. However, the ACT has also long included a Science section, which more than anything tests the ability to read graphs, charts, and tables. The College Board may have been slow to recognize the importance of this competency but has clearly come around to the idea; the revised SAT and PSAT include graphical data representations on every section, even SAT Writing and Language!

No one should be surprised that comprehension of informational graphics matters more than ever. What may be less expected is that most teens today have a pretty firm grasp on how to read and understand graphs, charts, and tables. But since graphical literacy matters more than ever, students should focus on ways to improve their speed and accuracy in comprehending graphical data representations.

The purpose of any graph is to visually represent data in order to make findings and relationships more readily apparent than they would be in a table. Since each type of graph highlights different information, the foundation of graphical literacy lies in recognizing the primary function of each graph type:

Bar graphs are used to show comparisons between two or more groups either vertically or horizontally. Bar graphs can also be used to track changes over time. In the typical bar graph, one axis designates category and thus lacks scale. The other axis will show a scale indicating units of measurement.
– A histogram is a bar graph in which both the x- and y-axes have a scale.

Scatterplots or X-Y plots are similar to line graphs in that they are used to determine relationships between two or sometimes three variables. Data is displayed as a collection of points, which can be useful to depict degree of correlation between variables.

Pie charts or circle graphs are used to compare parts of a whole or the distribution of data among different categories.

Venn diagrams are used to show relationships, particularly degree of overlap, between two or more groups.

Pictographs or pictograms are used to present data symbolically for assessment and comparison. These simple graphs will use whole or fractional symbols to represent different quantities.

Most of these graph types are versatile enough to be used interchangeably depending on the data set and desired goals. But understanding where each one excels will facilitate a faster understanding of a graph’s purpose.

Even though graphs are designed to depict information visually, you’ll still have to pay attention to at least a bit of text. To effectively understand the rich data presented in a graph, always read the title, the labels for both the horizontal and vertical axis, and any additional labels. Also look for a legend, which contains a list of the variables appearing in the chart and how to identify them.