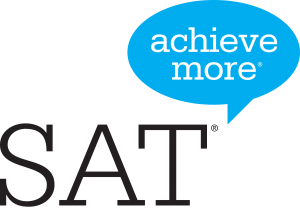 One of the ways I know a reporter is working well outside of his or her regular beat is when an article refers to the Scholastic Aptitude Test or, even worse, something like the Student Assessment Test. The former hasn’t been used for decades; the latter doesn’t even exist.

The letters in SAT do not stand for anything.

Back in 1926 when the College Board first administered the test, SAT stood for Scholastic Aptitude Test. Then, many decades of wrangling over what “aptitude” really meant inspired a name change in 1990 to Scholastic Assessment Test. Yet even that seemed too controversial. In 1993, The College Board introduced a name change designed to quell further debate about the test’s true function:

The tests were renamed (and renormed) and the acronym SAT I was introduced, while direct references to the Scholastic Aptitude Test were abandoned. The Board’s admissions testing program now included the SAT I: Reasoning Test and the SAT II: Subject Tests.

Of course, this change impacts the name of the PSAT as well. The proper name of the National Merit Scholarship qualifier is Preliminary SAT.

The ACT followed a similar, though less tortured, path. In 1959, University of Iowa education professor E.F. Lindquist launched what was called the American College Testing Program. For the longest time, this exam was referred to as the American College Test. However, at a certain point, ACT, Inc. stopped using that full name and now simply calls the exam the ACT.

The question of what SAT or ACT really stands for comes up all the time, but this article was inspired by a comment by sports writer and public intellectual Gregg Easterbrook. During football season, Easterbrook writes as TMQ, which stands for Tuesday Morning Quarterback. In a recent article, he addresses the issue of meaningless acronyms in public institutions:

In almost every corner of its website, the college is no longer Texas Christian University; it’s just T.C.U. Seeking an Internet-address brand, T.C.U. has followed the lead of KFC, which no longer stands for Kentucky Fried Chicken; it’s just a company named KFC … Contemporary short-attention-span names like KFC are not abbreviations, because the letters don’t stand for anything: We live in an age when not standing for anything is seen as a plus. What should be the term for a string of letters that appears to be an abbreviation yet is not?

I call it a defunct acronym. How about you?

Previous articleClass of 2017: Why Should You Take the New SAT?Next article Building Graphical Literacy