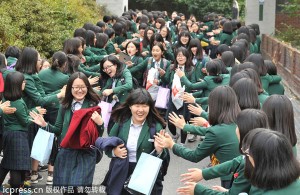 Spend anytime analyzing the projected 2016 revisions to the SAT, and you might recognize that the College Board was set on its potentially calamitous path long ago. In fact, one might identify the beginning of the end, not just of SAT dominance but perhaps even relevance, to 2001. That was when Richard C. Atkinson, at the time the president of the University of California system, recommended elimination of the SAT as a requirement for admission. His criticism instigated the ill-fated 2005 revision to the SAT that ultimately opened the door for ACT ascendancy in the college admissions test arms race.

Unrepentant, Atkinson has continued his unrelenting and, in many ways, irrational attack on the SAT. His most recent volley comes in the Op-Ed section of the New York Times, where he purports to describe The Big Problem With the New SAT:

“And the biggest problem is this: While the content will be new, the underlying design will not change. The SAT will remain a “norm-referenced” exam, designed primarily to rank students rather than measure what they actually know. Such exams compare students to other test takers, rather than measure their performance against a fixed standard. They are designed to produce a “bell curve” distribution among examinees, with most scoring in the middle and with sharply descending numbers at the top and bottom.”

…well, yeah, isn’t that the point?

Atkinson wants the SAT to become a criterion-referenced test, which measures how much students know about a given subject. And thus he reveals that he never really understood the role of the SAT after all.

Using my own favorite sport as an example, we can have no doubt that most players in the NFL would pass any criterion-referenced test designed to measure football knowledge and ability. How little satisfaction would that provide to the average fan, who simply wants to see year to year which team is the very best. Ranking, in many ways, provides meaning to sport and any other form of competition.

At the end of the day, college admissions is competition. The pool of students in any given year who qualify for admission to a given school and would most likely prosper there far exceeds, by a factor of fifty or more, the available seats the school has to fill. In other words, millions of American teens can make Honor Roll, but only 5,306 can be part of the incoming freshman class at Cornell.

The fact of the matter is that many schools might prefer more, rather than fewer, norm-referenced tests. Existing criterion-referenced tests rank students across large bands of academic accomplishment, but provide little granular insight into what each student’s individual GPA or class rank means. The SAT and ACT are among the only standardized tests that can help place those other data points in a larger context.

Competition makes many of us nervous. That anxiety and sometimes even insecurity seems to motivate a lot of undue criticism of tests like the SAT. Yet, just as the World Series tells us only which baseball team outplayed and outlasted all the rest in a given season, norm-referenced college admissions tests tell us which students excel over others in certain subject and skill challenges. As long as their results help colleges make better decisions, we are best served not by levying irrational criticism towards these tests but instead by ensuring that students rise to the level of competition that matches their aspirations.

Previous articleDownload Our Guide to the New SATNext article Overscheduling: How Dreams Turn into Nightmares