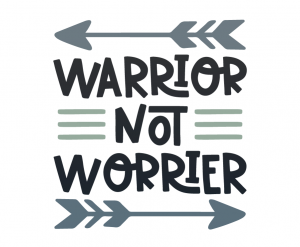 Most of what we commonly refer to as test anxiety is simply a function of unfamiliarity with a test and lack of confidence in performance. Sometimes, the terms also refers to a strong negative response to stress in a moment. Whatever its cause, test anxiety represents a serious obstacle to those who suffer from it, one that can almost always be overcome with the right strategies and practice.

However, in some individuals, the source of test anxiety lies much deeper than basic nerves and negative self-talk. Sometimes, anxiety is genetic:

Basically, a variation in the COMT gene causes some individuals with the AA genotype type to excel in low-stress tasks but struggle when stress increases. However, a different variant with the GG genotype causes the opposite response to stress…

The COMT warrior/worrier model explains why some individuals absolutely thrive under pressure while others crumble. But a genetic explanation for test anxiety is no substitute for high performance when needed. How can COMT (AA) worriers overcome this intrinsic aversion to stress?

1. TRAINING
A myriad of highly effective stress management techniques can help anyone–even COMT worriers–overcome a predisposition to wilt under pressure. From positive self talk and mantras to meditation, visualization, and breathing exercises, there’s a path to stress management for everyone.

2. PRACTICE
Nothing makes perfect more consistently than perfect practice on a behavioral and even biological level. Repetition and routine reduce stress on even the most demanding tasks and counteract a propensity to choke during big moments. COMT worriers should heed this valuable advice: Don’t practice until you get it right; practice until you can’t get it wrong.

3. NUTRITION
Because of the nature of what COMT does, COMT worriers should make an effort to get adequate B vitamins. It’s possible that high-protein diets exacerbate some of the problems associated with stress, as do excess sugar, alcohol, nicotine, and caffeine. Avoid the urge for stimulants when going into a situation that may already overstimulate your stress response! On the other hand, be sure to maintain blood sugar at good levels to support performance.

4. ENERGY
COMT worriers need sufficient sleep as much as anyone and possibly more than most in the days leading up to stressful situations. The ways sleep, anxiety, and test performance interact are well-known and supported: sleep and anxiety feed one another and can hurt performance predictably.

Ultimately, our genetic makeup does not create our destinies. Some people may be born to shy away from the big moments, but they can–and often DO–overcome biological barriers to excel under pressure. As ever, put in the work, and you can earn the rewards!