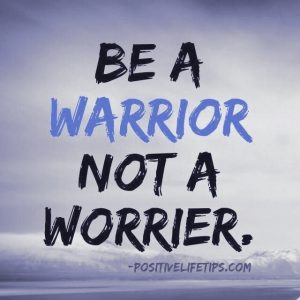 The Guardian released an excerpt of the upcoming book, The Best: How Elite Athletes Are Made by A Mark Williams and Tim Wigmore, as a strong standalone article titled Under pressure: why athletes choke. As the kind of coach who helps teens excel on a different field of play than the one the authors focused on, I wondered how many of their insights carried from athletic competition to academic competition. I needn’t have worried, as sports analogies almost universally apply to testing.

I recommend the full article, especially if you are not put off by descriptions of cricket matches. However, for fast reference, I’ve highlighted some key passages with corresponding support on the test prep side:

“Failure to manage anxiety and cope with the demands at a crucial moment can lead to a catastrophic drop in performance, known as choking. As the pressure in a match rises, so can an athlete’s anxiety… Anxiety is a reaction to pressure or stress. It tends to arise during performances that trigger the fear of losing, or fear of damage to your standing. The symptoms of anxiety are psychological – worry and fear – and physiological – including sweaty palms and an increased heart rate. Anxiety uses up attention and working memory, hindering performance.”
Testing Connection: Test Anxiety: An Unruly Beast

“When athletes are anxious, they overthink, and focus attention on the technical execution of the skill – those aspects of the movement that have generally become automated. It has been called “paralysis by analysis”: the mental effort actually inhibits performance.”
Testing Connection: Don’t Get N.U.T.S. About Testing

“The very best athletes manage to channel the anxiety they feel positively, especially if they have high self-confidence. Athletes with low confidence view anxiety as detrimental to performance, but those with high confidence tend to perceive anxiety as a sign of being ready for the challenge ahead. This makes them less likely to choke under pressure.”
Testing Connection: Get Excited About Your Big Tests

“Those with the greatest mental strength have been shown to be the best at adapting to negative feedback and using it to improve their performance. “You’ve got to learn how to throw bad shots out and stand over the next shot and say: ‘OK this is the most important shot… I always call it ‘the now shot’. The shot you’re hitting now is the most important. Ten minutes ago is irrelevant, and who knows what’s going to happen in another 10 minutes.”
Testing Connection: Recovering From a Weak Start

The passage is rich with corollaries to testing but makes one explicit comparison worth sharing, courtesy of Sian Beilock, the cognitive scientist and author of Choke: What the Secrets of the Brain Reveal About Getting It Right When You Have To:

“Whether preparing for public speaking or a big sports match, ‘one of the really important things is to practise under the kind of conditions in which you’re going to perform,’ Beilock said. ‘There’s often a lack of attention given to practising in high-pressure situations. We know if you can do that you have the likelihood of being inoculated from choking.

‘We know that students get better at taking tests when they take real-time practice tests – it’s all about closing that gap between how you practise and how you perform.'”
Testing Connection: too many to list, but start here for more reasons than needed for why full-length practice tests under simulated test conditions are essential in test prep!

Previous articleFrequently Asked Questions About When to Take the SAT or ACTNext article Getting Started on your College Essay: Brainstorming and Free-Writing