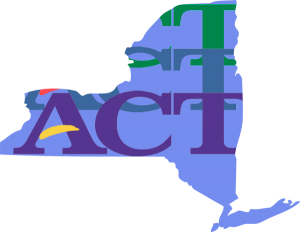 The global onslaught of COVID-19 has triggered an infinitude of major and minor crises. A near-universal–at least for the moment–commitment to social distancing has done much to both flatten the curve and completely upend the world of education. Standardized testing feels like a small concern in the face of existential medical, economic, and social challenges. However, planning actively for the future when the present feels so static is just common sense.

This is to say that many students across the United States would absolutely love (relative term, obviously) to sit for an official ACT as soon as possible. The unfortunate but completely reasonable cancellation of both the April ACT and May SAT has left many high school juniors and even some seniors feeling behind in their admissions timeline. The pain of missed test dates hits those who worked diligently to prepare particularly hard. We know the SAT will not be offered until at least August 29, but when, realistically, will students be able to sit for the official ACT?

JUNE 2020
At the time this post was written, ACT, Inc. had not made an official statement regarding the viability of the June 13 or June 20 ACT. Apparently, the organization is consulting with the CDC and will issue a statement by May 26 (originally May 22) However, the decision may be out of ACT’s hands.

For the time being, official test centers–primarily high schools–administer the ACT on national test dates. In New York state, all high schools are closed. Furthermore, no school staff in Upstate New York that I know of have signaled a willingness to open their buildings and assume the risk of a group practice test in June. I did speak with a test site supervisor in another state who thought he might be able to find a way forward for June, so your access could depend on your region, assuming ACT doesn’t cancel.

This information may conflict with the expectations of families who recently registered and received admission tickets for the June ACT. If you have a ticket, contact your test center directly to ask if they are still offering the June ACT. Many schools announced their decision to skip June just in the last few days.

ACT states that their team is watching conditions very closely and will announce test site changes if they see conditions where we’re not able to have the test as scheduled. This suggests that they are working to arrange testing at other institutions like college and middle school campuses or perhaps even non-educational venues. Making those arrangements in time for the June tests seems unlikely. It’s fair to say that, even in the best case scenario, the supply of available seats for the June ACT will likely be severely constrained.

JULY 2020
Due to the cancellation of the April ACT, students in New York have unique access to the July administration, with a number of registered New York test centers. However, the July 18 and 25 ACT dates seem to be at equal risk, as school buildings will still be closed and social distancing likely to be in effect in many areas that still have not reached their anticipated COVID peaks. However, an additional month offers more time to implement widespread testing and begin to return to a semblance of normalcy. School district staff in charge of making decisions impacting testing and admissions might do well to consider how much easier implementing proper distancing rules will be in the summer than in the fall, especially if that dreaded autumn surge actually occurs.

At the same time, ACT–if they are smart–will line up more alternate test sites for July to offset the probability that many principals will still be hesitant to open before August or September.

SEPTEMBER 2020
Nobody knows what will happen come the expected start of the 2020-21 school year. I optimistically expect that many schools will be willing to open and host the August SAT and September ACT (and SAT) with certain restrictions in place. If this happens, though, don’t count on access to new ACT digital or section retesting options when school staff will have their hands full just trying to manage basic protocols. If schools cannot open in the fall, we can anticipate an accelerated launch of ACT and SAT in-home testing capacity (more on that when practical details emerge) and expansion of test optional or test blind admissions policies. Of course, we’ll also see a lot of school closings and other economic catastrophes, so testing will be the least of our worries!

In summary, I highly doubt at this moment that students in New York–upstate or downstate–will be able to find seats for the June ACT. Students in other parts of the country may find limited success, but June testing at schools already closed for the year seems highly unlikely.

Try for June if you feel lucky, but the smart play is to register as soon as possible for the July ACT, as available seats will be in short supply. Move forward to prepare for the summer tests in order to guarantee that you will be able to earn your best scores on the next available testing opportunity, whenever that may be!

Previous articleSAT College and Career Readiness BenchmarksNext article Your Goals: Give Up or Go Up?