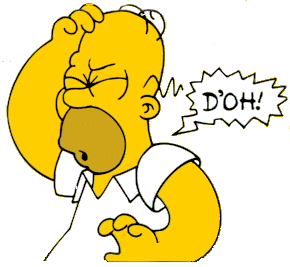 Multitasking makes us dumber, in that trying to focus on more than one activity at a time not only leads to inferior outputs but can actually produce a measurable decrease in IQ. But, of course, some tasks require more attention than others. Surely, you might say, just answering a text message while studying couldn’t hurt…

Researchers at Michigan State University found that even short interruptions can have a surprisingly large effect on the ability to accurately complete a task. Among a group of 300 subjects performing work on a computer, interruptions of approximately three seconds doubled the error rate. Erik Altmann, lead researcher on the study, drew a fairly reasonable conclusion about why such brief interruptions caused errors to spike:

“The answer is that the participants had to shift their attention from one task to another. Even momentary interruptions can seem jarring when they occur during a process that takes considerable thought.”

So how do we avoid costly errors from trivial interruptions? The answer is painfully simple:

“One potential solution, particularly when errors would be costly, is to design an environment that protects against interruptions. “So before you enter this critical phase: All cell phones off at the very least.”

Commit to single-threading but eliminating all distractions when you study. You can be deliberate about your planning your activity and breaks by using the Pomodoro Technique or just work until you’re done. Whatever you choose, you’ll work faster, learn more, and make fewer errors if you eliminate even the smallest interruptions.