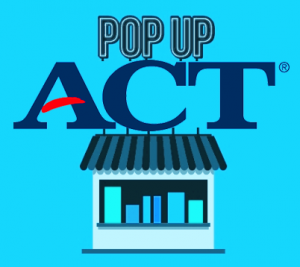 No part of everyday life escapes disruption by a global pandemic. Even something as fundamental as education gives way when society responsibly shuts down to prevent the spread of a lethal virus. But while classes could–at least in theory–be conducted remotely, all the other trappings of American schooling fell away piece by piece starting this past spring. One rite of passage people didn’t expect to miss the way they mourned the loss of sports, clubs, and prom was testing, specifically college admissions testing. But once the April ACT and May SAT were cancelled, the obvious upheaval of the application process became very real.

Spring was a crazy time for anyone in higher education. Colleges across the country faced existential threats they have not yet overcome. At the same time, students in the high school graduating class of 2021 confronted challenges of their own as target test dates fell away with no clear options ahead. College Board and ACT adopted  two different strategies for their flagship admissions test: all SATs until August 2020 were cancelled but ACTs would still be available at those test sites willing to administer them.

And there was the rub. As COVID spread from one part of the country to another, June ACT sites were unevenly distributed. Even a printed admission ticket to a test was no guarantee, as some schools closed at the very last minute, leaving frustrated teens and parents stranded. Kudos to those intrepid site supervisors who were (with the support of their districts) able to find ways to administer responsible, socially-distanced ACTs in June and July!

Nonetheless, the summer of 2020 was stressful and chaotic for anyone involved in college admissions. Institutions crafted plans to educate incoming students while staving off bankruptcy, while traditional critics of admissions testing called for the immediate demise of the SAT and ACT. Yet through it all, families sought testing opportunities any time and place they could find seats. Just about everyone was frantic, but the test makers were hard at work determining ways to expand access to testing. Colleges shot down even the idea of remotely proctored exams–at least for the class of 2021–so ACT representatives made a massive push to enlist high schools, colleges, and even elementary schools as test sites in July. I was personally in the thick of efforts in upstate New York to arrange test centers and recall how crushed we, along with so many of our students, were as one site after another preemptively cancelled their ACT administrations.

Now, the entire American admissions testing infrastructure runs through schools, primarily public high schools. An organization like ACT works in tandem with armies of school staff across the country to ensure access to the valid, reliable, fair, and objective tests that admissions offices find so valuable. That partnership faced challenges along every link of the chain. At one end, thousands of individual schools struggled to serve the exigencies of both academic advancement and public health. At the other, ACT, Inc. dealt with an unrelenting summer of crises beyond COVID, not the least of which was an actual hurricane (technically a derecho) that devastated a swathe of the Midwest and knocked out power for weeks.

Despite adversity, a creative idea was hatched at the ACT home office and actuated at specific locations across the country. Since COVID outbreaks tended to concentrate in metropolitan areas, many of the most populous school systems were unable to open for testing or essentially anything else. The most logical answer to this inequity was to set up single day test sites at private locations like hotels staffed by ACT personnel to provide testing access to as many high school seniors as possible. Thus were born ACT pop-up sites, the first wave of which served a considerable number of students in September. Meisha-Gaye Pon, the ACT Global Channel Operations Manager instrumental in making pop-up sites a reality, shared some insights into how the first ACT pop-up sites fared and whether we’ll see more:

Why was an unconventional response to uneven and constrained test access so important to ACT?
“The concept of pop up testing originated when we saw the impact of COVID in the spring and it became apparent for us to uphold our mission to help people achieve education and workplace success, we needed to create more opportunities for our students to test in an environment which makes them feel safe during this pandemic. Our pop ups are commercial spaces and are staffed by ACT.  As much as we would have loved to add a pop up site in every city across the country, we focused on metropolitan areas with the highest registration numbers while prioritizing our seniors.”

How did the first pop-ups go?
“Overall, the testing process in September went well!  The facilities we selected or partnered with provided more than ample space for students and staff to remain socially distanced during the check in as well as during testing. In the month of September we had 9 pop up sites across 8 states and tested over 4,000 students.”

Will ACT expand pop-ups this fall and beyond?
“There are 15 pop up sites in the month of October and we are anticipating there will be future use of pop ups throughout the fall and will reevaluate the need in the spring.”

But how successful have the first pop-ups really been? Very successful, according to educators like Naomi Zell of Swell Education Group in California: “The ACT pop-up site was incredibly helpful since all other local options were closed–we had a number of students test at the popup site who appreciated the chance to do so and had positive feedback about the experience.”

I suspect we’ll see more ACT pop-ups in the near future and hope for a commensurate response from College Board. Fall testing numbers have been encouraging, with nearly 200,000 SATs administered this August and even more ACTs in September, along with a substantial and growing number of school-day tests through the fall. At the same time, however, we should acknowledge both the lost opportunities so many students have to grapple with and the uncertainty about what the next weeks and months will hold. In some cities and states, high schoolers will undoubtedly continue to face scarce, sometimes capricious testing opportunities. Fortunately, initiatives like ACT pop-up sites indicate a willingness to explore innovative and aggressive ways to bring opportunity first where it’s needed the most and perhaps next to all equally.