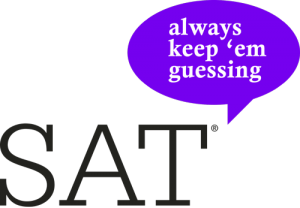 Despite the unending stream of criticism levied against standardized testing, these exams serve vital roles in all sorts of educational, admissions, and licensing assessments… assuming the tests are truly standardized. The SAT and ACT, for example, deliver valuable data to admissions officers who trust that each exam mirrors every other in form, timing, and administration. The availability of representative sample tests and crystal clear rules assure fairness even for those students taking a brand new test.

What, then, should we make of this new SAT, set to drop worldwide this coming Saturday? We want to believe that the four practice tests available in the Official SAT Study Guide (2016 Edition) represent the real test. Yet this book, which represents the sum total of published practice SATs, is woefully incomplete; not only does the book lack score conversion tables for the new tests, it says absolutely nothing about an experimental section on the new SAT.

What is an experimental or equating section? Traditionally, every official SAT included one test section that did not count towards a test taker’s score. By design, students could not tell which section was experimental, which allowed the College Board to effectively pretest questions for future exams. The previous form of the SAT included 10 sections on test day, only 9 of which counted toward student scores. This newest version, on the other hand, appeared to replicate the ACT, which doesn’t administer an experimental section.

Only recently, though, word came out that the new SAT might include more than expected. According to the Washington Post’s education blogger, James S. Murphy of the Princeton Review ferreted out the fact that some students will see an experimental section on test day. The truth was hiding in plain sight, if you consider an inscrutable paragraph buried in the SAT Advising and Admission Handbook 2015-16 to be an open announcement:

“The SAT will be given in a standard testing room (to students with no testing accommodations) and consist of four components — five if the optional 50-minute Essay is taken — with each component timed separately. The timed portion of the SAT with Essay (excluding breaks) is three hours and 50 minutes. To allow for pretesting, some students taking the SAT with no Essay will take a fifth, 20-minute section. Any section of the SAT may contain both operational and pretest items.”

“Pretesting,” if you couldn’t tell, means administering questions that do not count towards a test-taker’s score. Thus, despite all impressions to the contrary and a sphinx-like silence on the topic from the College Board, the new SAT will include some form of an experimental section.

1. If you are taking the SAT without the Essay this weekend, be prepared for an additional 20-minute section on either Reading, Writing, or Math. Do not disregard this section. Chances are that the real experimental questions occurred on an earlier section, likely of the matching subject, and that these additional 20 questions actually count towards your score.

2. Expect the unexpected. If the College Board is hiding the experimental section, who knows what other surprises await the first wave of SAT test takers!