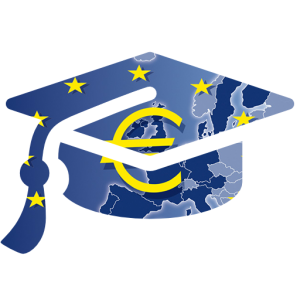 Nobody needs to be reminded that the cost of a college education in the United States is exceedingly high, at least if you’re not getting massive scholarship money because of your SAT or ACT scores. And unless Bernie Sanders becomes President, this dire tuition situation will likely continue to worsen.

If the cost of college terrifies you, you’re not alone. Yet, there are many outstanding colleges and universities that offer four-year degrees at an extremely low cost or even free. The catch, however, is that these schools are not in the United States.

In 2014, Germany made all public universities tuition free. Many other countries in Europe also offer free or very low cost college education. If the prospect of studying in Sweden, Denmark, Iceland, Norway, Finland, Austria, or Slovenia excites you, your passport may be the ticket to your college degree. In fact, many of these schools are eager to attract Americans, even offering programs taught entirely in English.

Cost of living may be higher in some of these countries, but the educational discount, according to CNN Money, can still be substantial:

“When they do charge for tuition, the bill is paltry compared to the U.S. The average cost of tuition here (without room and board) is currently $9,410 at public colleges and $32,405 at private colleges, while a majority of programs in Europe charge less than $2,225 a year… Some of the highest tuition for international students is in the Netherlands, but it still tends to be less than $9,000.”

So if you’re looking for an amazing college education at an amazing price, expand your horizons. If studying in the Eurozone doesn’t appeal to you, opportunities can be found south of the border in countries like Mexico, Brazil, and Argentina. Even considering the potential disadvantages to a degree earned outside the U.S., that coveted college education does not, for the adventurous academic, have to come with a mountain of debt.