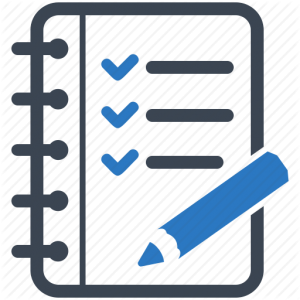 Standardized exams designed to serve the public must, if they are to be trusted, exhibit irreproachable levels of validity, reliability, and fairness.

The SAT famously struggled with fairness concerns over the years, and critics today are as quick as ever to challenge the validity of these tests, even when colleges find SAT & ACT scores valuable in the admissions process. But the reliability of the SAT was rarely questioned back in the days when College Board was a paragon of transparency. Over the last several decades, College Board readily shared information about matters like question difficulty, scoring changes, and content revision, which allowed students to trust that released practice tests accurately represented what they would see on test day.

My, how times have changed.

Today, College Board has not only adopted some of the best traits of the ACT but some of the worst qualities of ACT, Inc. The maker of the ACT has been notoriously reticent to share insights into the inner workings of their exam. Consequently, every exam can harbor unpleasant surprises in scoring, structure, or content. With College Board following suit–and a succession of tests with unexpectedly wicked score curves–tempers are flaring. First came a class action lawsuit against College Board. Now, a passionate but not perfectly penned digital petition is circulating titled College Board: Acknowledge the Changing Nature of the SAT:

…As the administers of these tests, the College Board has the responsibility to higher-education institutions, test-prep companies, parents, and–most importantly–students, to keep each type of exam of relatively consistent in difficulty. However, recently, in respect to the SAT, this has not been the case. The past four SATs that were administered have been drastically easier tests, that were accompanied by extremely harsh penalties for getting questions wrong. These are not the tests that students spent months of their lives preparing for, these are not tests that universities are used to evaluating. In recent months, it is clear that the SAT has become a different exam, and despite thousands of complaints from students, educators, and test-prep organizations, the College Board has refused to acknowledge this.

These alterations to the test have rendered it more difficult for college admissions officials to discern what each score from the 2018 testing-year entails, and they have the potential to alter admissions selection.

We demand that the College Board simply acknowledge the changing testing landscape of the SAT. We deserve a confirmation that these past tests are not abnormalities, but rather signify a new direction for the SAT. This should be made clear so that students can have a fair shot at preparing for subsequent tests, so that college admissions officials can decern (sic) that there is a clear difference between tests administered in the later part of 2018 as compared to the earlier tests, and so that educators can adapt to these changes and teach accurate practices that will assist students in studying for future SAT exams.

As vehement as this petition sounds, it doesn’t even encompass the full extent of the problem. In just the past week, we’ve seen students earn much lower SAT scores than the number of questions they answered correctly would predict and had College Board representatives refuse to explain the role of the extra 20-minute section that appeared on the last test. The test makers may not care about petitions, but ignoring eroding confidence in their exams only makes matters worse. Once colleges join consumers in losing confidence in the bedrock reliability of SAT & ACT scores, these tests will no longer be trusted to serve their essential function in college admissions. Considering the value objective measurements like these have in putting student grades in context, we can only hope the makers of the next wave of admissions tests offers more transparency…