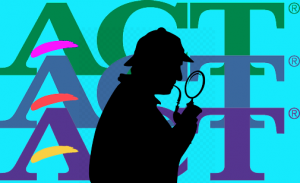 Sometimes, even doing everything right can’t protect you from the wrong outcomes. Imagine being a teen who takes all the right steps to ensure that he nails down his best test scores by the end of junior year, knowing how productive and relaxing the following summer and fall will be with that critical aspect of the college application taking care of. Our model student plans for late winter test date, knowing how stressful spring can be. He ideally prepares with experts and takes plenty of perfect practice tests. He arrives on test day rested, ready, and confident and then proceeds to maintain focus, energy, and enthusiasm to the very last question. Our hypothetical hero would probably leave the exam feeling really good about both the steps taken to ensure a strong test and his performance in the moment.

Imagine, then, how crushed he and his fellow testers would feel months later when they found out that their tests were never scored and never would be scored because they were lost. This is exactly what happened this spring to the junior class of Pinecrest High School in North Carolina:

We recently discovered that the answer sheets for the ACT tests administered to all Pinecrest High School juniors on February 20 and March 13, 2019, were not submitted to ACT for scoring. As a result, juniors who took the ACT on these dates do not have scores.

To add insult to injury, students and families did not find out that the tests had vanished until well after the June ACT date. According to CNN, the school was alerted to the problem around late May:

“We started to receive inquiries from parents about their children’s score, so we reached out to ACT about May 20,” (Moore County Schools spokeswoman Catherine) Murphy said. “Over the weekend of June 8, it was confirmed that ACT had never received the answer sheets.”

How could such an unfortunate accident occur? As usual, the errors of a few humans have sabotaged the best efforts of many more:

None of the students involved seem to be at fault in any way, yet the only restitution they will–or even can–receive is a fee-free test date in the fall. With hope, these students will use this extra time, involuntary though it may be, to further prepare and practice for the exam. Future test takers, on the other hand, should absorb the only useful lesson possible from this debacle: control every aspect of test day that you can, and test early enough to permit retests if necessary.