Timing is everything, isn’t it? With enough time, nearly any result is possible. Yet, failure to plan typically leads to, well, failure. Most of us make the obvious connection between preparing well ahead of time and being fully prepared. Starting early just makes sense. But less obvious are the benefits of starting early in the day.

Circadian rhythms are physical, mental and behavioral changes that follow a roughly 24-hour cycle. They are influenced by sleep patterns and light exposure and, in turn, can influence sleep-wake cycles, hormone release, body temperature and other important functions. Getting enough quality sleep and paying attention to our personal rhythms can, in the words of chronobiologist (someone who studies biological rhythms) Steve Kay, “give us an edge in daily life.” How so? 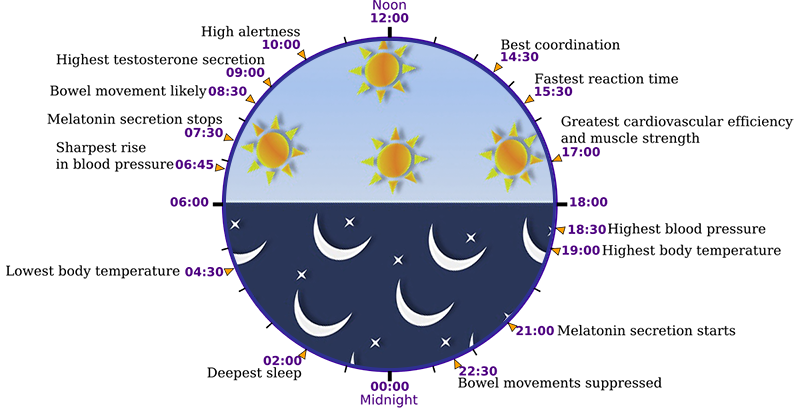 For one, mental alertness tends to peak around 10am. Thus, mid-morning may be the best time to engage in activities requiring cognition, concentration, and memory. This would be a terrific time to learn new material.

On the other hand, studying later works better in some circumstances, such as when you need to memorize information. One 2012 study found that subjects’ memories were superior when sleep occurred shortly after learning, rather than following a full day of wakefulness.

All of us experience different daily rhythms which can be leveraged for better performance. Learn when you learn best, then plan to do your most important learning during those periods.

Previous articleTypes of SAT & ACT ClassesNext article Will the October SAT Be Cancelled?