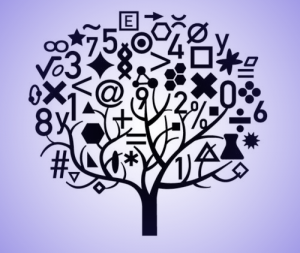 Just about every battery of standardized tests, with the notable exception of the LSAT, includes some math sections. This means that you will either have to deal with math on your big tests or become a lawyer to avoid it! For the non-attorneys out there, math on standardized tests can not only be managed, but mastered.

Obviously, you’re not likely to perform well on questions testing math you’ve never learned. In some cases, you may encounter concepts you haven’t yet covered in school, such as when teens taking the SAT or ACT early in junior year see Algebra 2 topics they’ll learn later in the year. But much more common are those instances where you have forgotten math you learned long ago. The SAT & ACT math sections cover basic arithmetic, algebra, and geometry along with increasingly more complex concepts. Even advanced math students struggle to recall the definition of a prime number or how to add fractions.

Thus, the first step to scoring well on any standardized test is to make sure you have a handle on the math topics tested, as defined by test literature, practice exams, and prep resources. Just keep in mind that knowing the concepts only takes you so far. What else matters when managing math on standardized tests?

WORD PROBLEMS MATTER
Standardized tests are designed to challenge different aspects of math mastery than exams in class. Most standardized tests prioritize problem solving ability over rote recall. Plus, these tests only work when students–even those who may understand the math in isolation--get questions wrong. That’s where word problems come in. More than half of the questions on any given math section may be word problems because test takers usually struggle to fully understand the problem and determine the steps to solve it. Focus on comprehending the problem first in order to maximize your points.

NUMBER SENSE MATTERS
The ability to perform mathematical calculations quickly and carefully obviously contributes to successful solutions, but calculation doesn’t mean as much as it used to. After all, students are permitted to use calculator on every question on the ACT Math section and most, but not all, of SAT Math questions. So what is really tested? Number sense refers to a student’s fluidity and flexibility with numbers and mathematical concepts, as well as the ability to perform mental math and use numbers in real world situations. High math scores accrue to those with high levels of number sense, so focus on conceptual understanding on test day both in solving problems and evaluating answer choices. As an added benefit, you won’t be as likely to panic if your calculator malfunctions!

TIME MANAGEMENT MATTERS
On test day, you have to contend with more than just challenging content. One hallmark of standardized tests, particularly those designed for admissions purposes, is a pronounced lack of time. Simply put, not everyone is expected to answer every question in the allotted time. Thus, time management must always be top-of-mind on math sections. It’s not enough to answer a question correctly; you also have to be fast. Always look for the quickest, easiest, most accurate path to a solution, paying close attention to alternate solution methods and shortcuts. A careful time management strategy enables you to manufacture more time for tougher problems. For example, the ACT Math section provides 60 minutes to answer 60 questions. If you can answer a given question in just 30 seconds–and rest assured, you often can–you’ll have an extra 30 seconds to spend elsewhere. But don’t forget to actually pay attention to how much time you have… always wear a watch on test day.

In essence, math on standardized tests requires much more than a calculator and rote knowledge. Add substantial amounts of problem solving ability, number sense, and time management to your testing approach, and you’ll see your scores skyrocket.

Previous articleA Simple and Fast Way to LearnNext article Test Day Nightmares: When a 'Do is a Don't