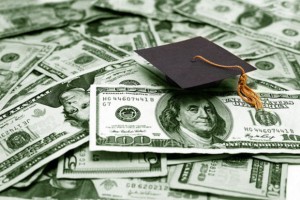 A writer in the Wall Street Journal posited an interesting if not provocative question recently, asking “Is It Fair to Award Scholarships Based on the SAT?” Predictably, the arguments against test scores focus more on questions about student diversity and unequal distributions of wealth and resources. They do not, however, seriously address the idea of merit, which is to say a certain standard of academic accomplishment according to which merit aid is awarded. Perhaps a reticence to acknowledge the elephant in the room in this–and countless other think pieces decrying standardized testing–makes sense. After all, for all the problems with the SAT and ACT, the alternative is much worse: grades are even less reliable and more dependent on privilege than test scores.

Is the idea that high school grades cannot be entirely trusted a surprise? Presumably, a student’s grades represent a quantitative expression of academic output over the majority of a high school career. Not only do grades provide a numerical rating of the quality of academic output within the individual grading scale of a school, but they also rank student achievement against the rest of a given graduating class. No wonder grades are considered the most influential factor in college admissions and, by some standards, the only true metric of academic ability.

Worse yet, everyone who casts even a cursory glance at the research recognizes the dirty secret about the alleged purity of GPA: grade inflation is rampant.

Grade inflation is also one of those rare rising tides that leaves some boats behind, as the Fordham Institute study on Grade Inflation in High Schools (2005–2016) learned:

During the decade studied, grade inflation was more severe in schools attended by affluent students than in those attended by lower-income pupils.

So school grades are subjective, inflated, and tainted by socioeconomic status. Why, then, should valuable scholarship money be disbursed on such an unreliable basis, especially when colleges have access to data from objective, norm-referenced exams designed explicitly to compare students in the same cohort despite differences in school district or family income? Most merit aid awards weigh both grades and SAT/ACT scores in these determinations. However, for all the criticism of one side of the equation, very little attention has been paid to the other.

To be fair, I fully support using both subjective grades and objective test scores in merit scholarship awards. The two metrics work hand in hand to provide a clearer assessment of a student’s academic ability, ambition, and effort. Grades speak volumes to how a student performed within a given academic context, while scores help understand that context. Merit aid serves as both an award for academic achievement and an enticement to attract high achievers to a college or university. Such awards should be granted on the basis of the best information possible, which means that ignoring either grades or test scores would be a mistake.

Previous article2019 PSAT Scores Were Too LowNext article Chew Your Way to a Better Test Score!