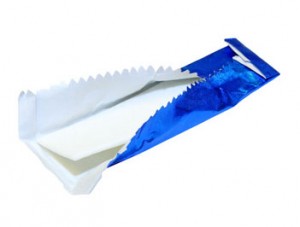 Gum chewing’s fine every once in a while. It freshens your breath and brightens your smile. But the Oompa Loompas at Willy Wonka’s factory would have you thinking it was all downhill from there when, in fact, even a blueberry of a daughter may be chewing her way to an advantage over her non-chewing peers.

A variety of studies have uncovered ways in which the act of chewing gum increases energy, focuses attention, improves performance, and reduces stress, all of which are keys to success on test day. Consider the facts:

ENERGY
Scientists at Coventry University found that subjects chewing mint gum felt less sleepy than those not chewing gum or practicing chewing without the gum (which sounds tiring). The Pupillographic Sleepiness Test (PST) confirmed that gum chewers were less sleepy than other subjects. The researchers could not, however, determine whether the reduction in daytime sleepiness resulted from heightened cerebral activity triggered by gum chewing or by the stimulating effects of mint flavor.

University of Rhode Island researchers found that study subjects who chewed gum before and after eating reported feeling more energetic after chewing gum. Subjects who chewed sugar-free gum for a total of one hour in the morning (three 20-minute gum-chewing sessions) also happened to consume (slightly) fewer calories at lunch and did not compensate by eating more later in the day.

ATTENTION
A Cardiff University study assigned cognitive tests to volunteers and had only half of them completed under quiet conditions. The other half of the study population had to endure a distracting screeching noise. A subset of the subjects in both test groups were given chewing gum of various fruit and mint flavors. Surprise, surprise, the gum chewers in both settings were more attentive and showed much faster reaction times than non-chewers. Even better, the gum chewers also seemed to be happier, which is also connected to improved attention.

PERFORMANCE
Researchers in the Human Cognitive Neuroscience Unit at University of Northumbria wanted to separate the act of chewing from the gum chewing process, so they split subjects into three groups: chewing, non-chewing, and “sham chewing.” Sham chewers didn’t actually have gum but mimicked chewing movements. The results uncovered two exciting findings:

1. Chewing gum can increase long and short term memory by up to 35%.
2. Sham chewing is as worthless as it sounds.

What’s not a sham is the mounting evidence that chewing gum may actually make you smarter, at least temporarily and specifically in terms of your ability to retain and recall information. Psychologists at St. Lawrence University tested randomly assigned gum chewers and non-chewers on a variety of demanding cognitive tasks, such as repeating random numbers backward and solving difficult logic puzzles. Gum chewers outperformed non-chewers in all tests except verbal fluency. However, the true chew advantage came only when gum was chewed for five minutes before testing, not for the duration of the test. As for the lack of significant advantage in the verbal test…well, the gum-chewing subjects’ mouths were full, so perhaps they were just being polite…

STRESS
Stress really enters our lives in two forms (by which we do not mean parents). The first–that heart-pounding, sweat-triggering pressure that arrives when all eyes are upon us–is acute stress. The other, chronic stress, occurs over a longer period of time when we are under pressure we feel powerless to control. Various studies suggest that chewing gum is effective at reducing both forms of stress.

Gum chewers not only report lower levels of sustained (chronic) life stress but may even experience higher levels of stress when forced to abstain from their sweet chewing gum relief. Consequently, chewing gum may lead to more productive work. Psychology pioneer Harry Levi Hollingworth found that gum chewing relaxes people while they are working, both in terms of observed restlessness and self-reported relaxation. This effect is linked more to the act of chewing than the gum itself. (So maybe sham chewing isn’t such a sham after all.) Scientists in Spain discovered neurochemical evidence in rats that suggests chewing eases the effects of stress on the brain. Their findings showed that chewing weakened the release of neurotransmitters such as dopamine in the rat brain during a brief period of stress.

Acute stress triggered by a big test may also be ameliorated by chewing gum, although current research into that effect is far from conclusive. Many studies assess both stress and alertness by measuring cortisol levels, with higher levels of cortisol associated with increased alertness and greater stress. Chewing gum is known to improve alertness, so indicators of stress other than cortisol levels are needed. Until then, anecdotal support for chewing gum to relieve tension is abundant. No wonder soldiers since World War I have found chewing gum in their rations.

The evidence is clear: don’t forget your gum on test day!

Previous articleIs It Fair to Award Scholarships Based on Grades?Next article A Valentine For Standardized Tests