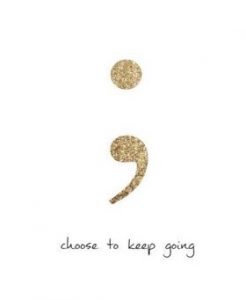 In a world where most communication occurs through spoken word and snippets of text, the rules governing effective written communication begin to fade, becoming first esoteric and then inscrutable. Punctuation appears most mysterious to the average English speakers, particularly those marks that appear in the middle of sentences.

Punctuation marks in general serve to add structure and logic to written communication. Often, this role requires making the right connections between independent clauses (those that stand on their own) and dependent clauses (those that cannot stand on their own). While commas, colons, and dashes may be used to connect clauses, none of these operate as easily and simply as the semicolon.

In a world of complexity, semicolon rules are beautifully basic: use a semicolon to connect related independent clauses. That is all.

We generally use terminal punctuation marks like periods and question marks to connect independent clauses by making them sentences. Take your independent clause, put a period at the end, and begin the next one with a capital letter. Nothing could be easier.

Sometimes, however, two independent clauses feel more closely connected than two regular sentences. rather than stop, you just want to keep going. Fortunately, we have marks to signal that association. Other punctuation options may come with strings attached, but the powerful and sometimes profound semicolon gets the job done without complex grammar rules:

1. Do you have two independent clauses?
2. Do you want to connect them without making them separate sentences?

If you can answer “yes” to both questions, you have an ideal showcase for a semicolon. As you’d surmise from the simplicity and applicability of these conditions, semicolons can and are used frequently; in fact, I used one in this very sentence.

Semicolons have other limited applications, particularly in instances of lengthy lists that need more than commas to be logically separated. But the basic role of this mark to connect independent clauses makes it useful in everyday writing. Quite often, we imagine that two clauses connected more closely than they would be as sentences are joined only by a comma. That, however, creates a pernicious grammatical error called a comma splice. Next time you want to make that connection, try a semicolon. Not only will your sentence be structurally sound, but your mastery of punctuation marks will make your overall message that much more effective.