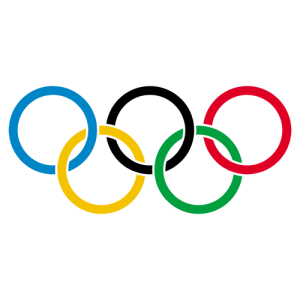 Today, just as we do every two years, people and nations around the globe celebrate another round of Olympic Games. No spectacle captures the world’s imagination on such a grand scale. But we’re not tuning in to catch up on air rifle or luge or any of the other hundreds of sometimes obscure events (race walking… really?) we assiduously ignore every other week of the year. No, we thrill to the competition, the effort, and the unquenchable, unwavering commitment to win.

Anyone and everyone committed to achieving their best grades, scores, or performance can learn what being the best really requires from those who have paid the costs and reaped the rewards–-from gold medals to lifetime celebrity to enshrinement on boxes of Wheaties–-of enduring excellence…

“I am building a fire, and everyday I train, I add more fuel. At just the right moment, I light the match.”
— Mia Hamm, two-time Olympic gold medalist

“We all have dreams. But in order to make dreams come into reality, it takes an awful lot of determination, dedication, self-discipline, and effort.”
— Jesse Owens, four-time Olympic gold medalist

“I think that everything is possible as long as you put your mind to it and you put the work and time into it. I think your mind really controls everything.”
— Michael Phelps, most decorated Olympian of all time

“Focus, discipline, hard work, goal setting and, of course, the thrill of finally achieving your goals. These are all lessons in life.”
— Kristi Yamaguchi, Olympic gold medalist

“I didn’t set out to beat the world; I just set out to do my absolute best.”
— Al Oerter, Olympic gold medalist

Learn the hard-won lessons these Olympians have to offer and maybe one day we’ll be sharing your success strategies!