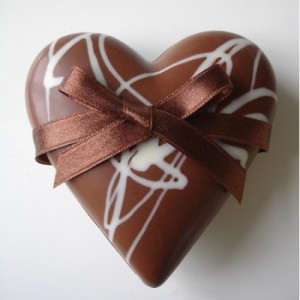 Thomas Edison might have been estimating when he calculated that genius is one percent inspiration and ninety-nine percent perspiration, but he had a point. Most of our success stems from the hard work we put in ahead of time. That last percentage point is tricky, though. How much of an impact can inspiration really make on results?

Happiness and productivity share a really splendid relationship: more of the former leads to an increase in the latter. Happiness, in this case, is defined as the improvement in mood triggered by either watching a clip of a famous comedian or being given fruit and chocolate. Productivity was measured through a series of numerical addition problems and GMAT-style math questions. Simply put, subjects who reported an increase in happiness from baseline did better on the assigned tasks.

According to this research, the inverse also applies. Lower happiness resulting from personal tragedies like bereavement or family illness is systematically associated with lower productivity.

Further research has suggested that happiness in the morning can improve your entire day. People–or, in this study, customer service representatives–who began each day happy or calm usually stayed that way throughout the day and performed better as a result. By contrast, those who started the day in a bad mood remained unhappy, did less work, and took more breaks. If you wake up on the wrong side of the bed, you better get right before walking out the door!

These findings, encouraging though they are, still leave much to explore, such as just how much happiness we humans can stand and which comedians or snacks might inspire the greatest productivity. But the implications of this research deserve immediate application: keep your kids positive as they head into big tests. Boost morale on grumpy mornings and surprise them with small treats at strategic times. Science is finally catching up to what many of us have known in our hearts all along: a little chocolate goes a long way!