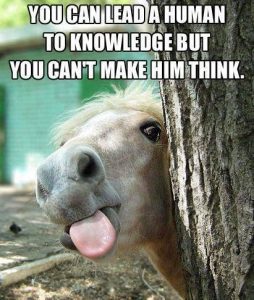 A classic challenge all military forces must grapple with revolves around the concept of a volunteer army. Those who volunteer for service usually arrive with desired levels of motivation and aptitude. They serve with greater enthusiasm and tend to stick around longer. However, volunteers aren’t always easy to find, particularly during troubled times. When nations require service through a draft coupled with penalties for those who refuse, the size of their standing armies increase as quickly as the general competence and morale of the force goes down.

Nobody likes to be forced to serve. As anyone who’s ever demanded a child to clean his or her room can attest, we can compel participation, but excellent results won’t necessarily follow.

Imagine the roster of your favorite sports team was filled not by athletes who competed their entire lives for the opportunity to play, but rather by a collection of conscripts unable to escape compulsory service. How well do you think the team will do next season? Repeat the same thought exercise with a band, the cast of a movie, perhaps the staff at the last hospital you visited… would you want to go into surgery with a medical team that didn’t want to be there?

Most of the examples supporting volunteers over conscripts seem obvious, yet we still compel teens to go to school and attend classes they have no interest in, while expecting levels of achievement matching those of the students who want to work. I see this in our prep classes and practice tests, though thankfully not that often. Excellence in academia and testing follows the same immutable laws of human nature that govern sports, arts, and trades: to excel, you have to be willing to put in the work.

Obviously, great educators know ways to motivate the unmotivated and engage the disengaged, but only to a point. The old saying, “You can lead a horse to water, but you can’t make it drink,” has survived the advent of automotive travel for a reason. The first step to success is to volunteer to put in the work. Once you are a willing collaborator, the work becomes meaningful.