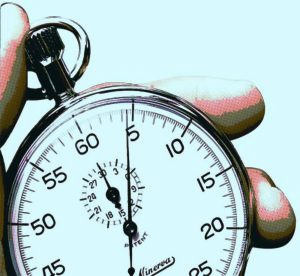 Extended time on the ACT and SAT has always been a boon to those students who require that accommodation. However, the two testing organizations deployed the 150% time allotment differently, such that ACT Extended Time has been widely perceived as more advantageous than the SAT version. Too bad that’s all about to change.

To clarify, students who qualify for National Extended Time on the ACT currently receive a total of five hours for the four multiple choice sections alone, with an additional hour for the optional Writing Test. Test takers have the freedom to allocate their time on the multiple-choice sections as they see fit, which means a student could conceivably spend double time or more on some sections and even less than standard time on others. This contrasts with the SAT policy of granting 50% more time per section than usual.

However, ACT is about to adopt an extended time policy mirroring that of the SAT. Jed Applerouth got the scoop from an official communication sent to college counselors in mid-May:

“Examinees approved for National Extended Time or for Timing Code 6 will have 50 percent extended time for each section of the ACT, with a hard stop after each section. Examinees will no longer have to self-pace through the four multiple-choice sections over the allotted five hours. All examinees in the test room will begin the same section at the same time and have the same amount of time to complete that section.”

The new Extended Time Policy goes into effect for the September ACT, which means test takers in June and July still have the option to individually allocate their time. Come September, the game changes. One fact, however, remains constant: whether you are testing now or later, with standard or extended time, with a large group or individually, you should always practice under the timing and environmental conditions of your official test.