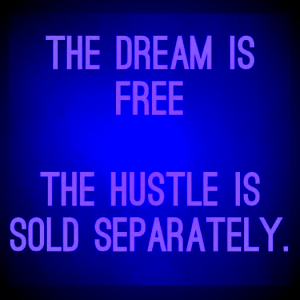 Over nearly thirty years as an educator and much longer than that as someone who had to take tests that mattered, one truth about tests has always been evident: entrance exams to academic institutions have too often been seen as obstacles rather than opportunities. This sentiment continues to surprise me in a society where we value both hard work and winning. After all, admissions tests are, by nature of scarce access to institutions, competitions. What Americans don’t like competitions?!

That said, I’ve always excelled at tests, so my opinion may be considered biased. I’m far from the only advocation for good entrance exams, though. I found the unattributed quote below in 2021 and have held it back while searching for authorship. Even without knowing what teenager wrote these words, the message tells us a lot about both the messenger and their fundamental understanding of how the opportunity offered by entrance exams may be less biased than any other factor in admissions:

I got a perfect 1600 on the SAT on my first try. I never had a tutor or prep class. I studied from a used book I got at a library book sale.

Real life statistics bear it out. New York City has some magnet public high schools. Some of these magnet schools rely on solely a standardized test for admissions (e.g., Stuyvesant, Bronx Science, Brooklyn Tech). Over 50% of the students at those schools come from households in poverty, and about 80% come from households that speak a language other than English.

Some other New York City magnet public high schools use holistic criteria (e.g., Bard, Beacon, Eleanor Roosevelt). The schools that use holistic criteria have a lower percentage of poor students than the schools that rely solely on a standardized test. They also have a higher percentage of white students, and the white students are more likely to be multigenerational American whites, not poor Eastern European immigrant children as with the schools that rely on a standardized test.

Let’s look at some of the other criteria used.

Grades: Rich kids can hire tutors and have people help them with their homework

Essays: Rich kids can hire people to write their essays

Interviews: Rich kids can afford better interview clothes and get coached for their interviews. Interviews also involve interviewer biases, and most interviewers are middle class or higher.

(If anyone knows who wrote or said these words, please let me know so I can provide attribution.)