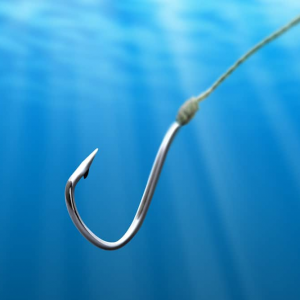 A hook is useful to have on hand (definitely not in hand, though) in all manner of scenarios from fishing to songwriting. Surprisingly, the newest market for hooks happens to be in college admissions. This begs, the question, of course, “What is a hook?”

Hooks are basically all the factors beyond grades and test scores that might engage interest and secure college admission. We’ve always recognized that certain traits or activities helped applicants stand out from the crowd. What may surprise you is just how many hooks there are. College expert Aly Beaumont of Admissions Village joined me on the Tests and the Rest podcast to share what may be the world’s most thorough inventory of application hooks:

Okay, so let me start first with what an institutional priority or a hook is. So I think of things that are beyond academics, test scores. There’s both inherent ones that are things like your ethnicity, which by the way, nine states currently banned affirmative action California, Washington, Florida, Michigan, Nebraska, Arizona, New Hampshire, Oklahoma and Idaho. But I still think it comes into play to a certain extent because they don’t ban writing about your identity.

They want a good gender balance between men and women.

Some colleges prioritize first gen students or students who are reentering college.

Some colleges, especially religious ones, may prioritize a certain percentage of their students from a specific denomination or church.

Some colleges prioritize students who are in the military.

Some colleges want more students who are full pay students.

Some colleges are prioritizing letting in Pell eligible students.

Some colleges prioritize certain groups like military families with things like Yellow Ribbon benefits or children of academic employees. With tuition exchange programs, some colleges will accept students who come who have some sort of VIP or development connections.

Some colleges will prioritize legacy students.

Certain colleges will prioritize their relationships with certain high schools. The list is kind of broad.

These days, almost every aspect of a student’s application can serve as a hook. Unfortunately, not every one of these factors are under an applicant’s control. Nonetheless, students need to approach selective schools with a presentation of as many relevant hooks as possible, along with superior grades and test scores of course!

What happens when students don’t have enough hooks? Listen to my full conversation with Aly below or read the transcript.

Previous articleTest Day Nightmares: Scantrons in the StreetsNext article Grateful for an Opportunity to Compete