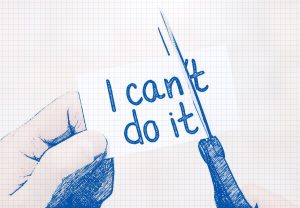 No matter how happy and productive your life is, you probably have the sense that it–and you–could be better, if only you could read-work-study-exercise-sleep-clean more. But what really stops you or any one of us from doing everything we’re supposed to do rather than indulging in all those activities we’re not supposed to?

Willpower can be described as the control exerted to accomplish or resist an action. For example, consider the quotidian challenge of getting out of bed each morning. While some dynamos apparently leap to action at the crack of dawn, some of us (particularly sleep-deprived teens) arise with considerably less enthusiasm. In these instances, we draw on willpower to resist the urge to hit snooze or burrow into our warm covers. Willpower gives us the strength to get up and begin our day, during which each of us usually draws copiously from our reserves of self-control. But what happens when the will well runs dry?

The traditional limited theory of willpower describes a process of willpower depletion or ego depletion. Every time a person resists a temptation or forces himself to undertake an undesirable action, he exhausts a certain amount of willpower. Once that reserve is tapped, he is somewhat powerless against laziness and vice. Ego depletion can be influenced in poorly understood ways by many factors ranging from glucose levels to mood and motivation.

Some, however, ascribe to an unlimited theory of willpower, seeing self-control as an abundant resource. In fact, some researchers in 2015 found that our implicit theories about willpower predict self-regulation and grades in everyday life. In essence, we have as much self-control as we think we have:

Students today–especially those preparing for high stakes tests–know all too well the toll high demands can take on a daily basis. The simple act of taking a practice test, from waking up and getting to a weekend exam to actually bringing your best to each section all the way to the end, requires massive exertion of self-control. If you or someone you care about struggles with high demands and ego depletion, take the secret to unlimited willpower to heart: it’s already yours.

Previous articleHow to Prepare For the SAT & ACT Years in AdvanceNext article What is Test-Flexible?