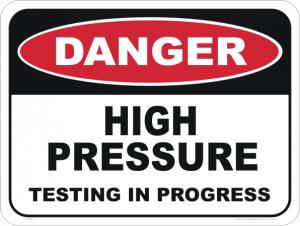 If the path to your best test scores involves a chain of critical events from lessons to practice tests to the real thing, then proctors may well be the weakest link in that chain. Exams like the SAT and ACT practically define the word “standardized” in nearly every dimension. Yet, the actual administration of these influential instruments is handed over to lightly trained, lightly managed part-timers.

Far too many test day nightmares can be attributed to the particular nincompoop in charge of the proceedings. Some proctors don’t know how to get a test started. Others lack understanding of the admission policies. Still others bungle timing, mismanage crises, or just distract test takers: I’ll never forget hearing a student describe how her proctor worked on elaborate floral arrangements during the test!

You can and should protect yourself from proctor problems by studying your rights as a test taker until know more than your proctor. Sometimes, however, even that step won’t be enough, as one Michigan mother learned the hard way:

A Bay County mother and teacher is suing a high school counselor, alleging he caused her son to be disqualified from competing for a national scholarship.

Sarah Atkins, a science teacher at John Glenn High School in Bangor Township, on March 22 filed a lawsuit against Jeff Tuck in Bay County Circuit Court. Atkins brought the suit on behalf of her son, who is a junior at John Glenn… On Oct. 11, her son and several of his peers took the Preliminary SAT/National Merit Scholarship Qualifying Test… used to determine eligibility and qualification for the National Merit Scholarship Program.

One of the rules for administering the test states that neither its “supervisor nor any associate supervisor or the proctor may be a member of the household or immediate family of a student taking the test on the same date, even if the student is testing at a different school. In such instances, the related student’s scores are subject to cancellation.”

This clause is referred to throughout the suit as “the Nepotism Rule.”

Atkins alleges Tuck was responsible for administering the test on Oct. 11 and “commanded” her to assist in proctoring it to students at John Glenn, even though he knew her son was among them. Atkins states she strongly objected to being assigned such a task and repeatedly informed Tuck her son’s test scores would be disqualified due to the Nepotism Rule.

Atkins “objected so urgently to Defendant Jeff Tuck that she was later improperly and unfairly reprimanded by administrators for her objections,” the suit states.

Atkins alleges she had no choice to assist in proctoring the test. Her son scored in the 97th percentile nationally with an equivalent standard SAT score of 1330, Atkins alleges.

However, her son’s score was indeed disqualified after Educational Testing Services learned his mom helped proctoring the test.

This parent knew the rules and protested proctor malfeasance, but still failed to prevent a violation that led to score cancellation. Will you do better? Learn your rights–and advocate for them–on test day to make sure that your experience doesn’t make the news!

Previous articleWhen Your Score Does Not ImproveNext article What Motivates You To Do Better on the SAT or ACT?