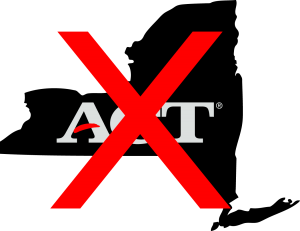 In May 2020, in the midst of the most bizarre semester American college students have known in generations, the regents of the University of California voted to phase out the SAT and ACT tests as a requirement for admission across all nine of its undergraduate campuses. They took this step much further than other schools, who chose to allow test optional admissions for the high school class of 2021 due to inconsistent testing opportunities. UC adopted a position of two years of test optional followed by two years of test blind despite the findings of its own task force that said that test scores were often a better indicator of college success than grades. In doing so, they overrode the unanimous vote of faculty to keep SAT and ACT scores as part of a holistic admissions process. Sounds crazy, doesn’t it?

New York State Senator James Skoufis (D) of the 39th District has sponsored Senate Bill S8502, which proposes to hamstring the SUNY and CUNY systems in the same way the Regents are damaging the UC system:

Bad enough the bill’s sponsor doesn’t even know what SAT stands for, but he wants to follow the same calamitous course as the UC Regents of trying to craft a test that somehow eliminates centuries of systemic educational inequity while providing more valid data than that from professional test designers.

The use of college standardized testing like the ACT and SAT – developed by near-monopolies like the College Board – does not provide an accurate depiction of a student’s likelihood of success in their undergraduate studies. Moreover, students with academic, social or economic disparities are disadvantaged by the role standardized tests play in admissions. Private study classes and tutoring costs well into the hundreds, even thousands of dollars. Access to free study resources is reserved for those students that have reliable access to computers, internet and a safe, quiet place to study. The COVID-19 pandemic and the resulting test cancelations, financial hardship, and lack of access, has exasperated the controversy of standardized testing.

This bill, modeled after the University of California’s recent decision to phase-out ACT and SAT scores, will give the SUNY and CUNY systems an opportunity to design an admissions examination that not only levels the playing field for students from all backgrounds, but will highlight the academic and personal values each institution pursues in its students.

The reactive and uneducated hypocrisy of such a proposal doesn’t deserve the time or attention of any serious legislative body. Knocking down the false tropes that pass as evidence takes no time at all:

The truth about test optional admissions policies is that they rarely benefit the students even the most idealistic sponsors mean to help. Eliminating the ACT and SAT won’t fix what’s wrong with education in California, New York, or anywhere else. And if a test can be created that does a better job than the SAT or ACT of assessing college readiness and ranking millions of high schoolers, New York taxpayers shouldn’t be asked to underwrite its development. The SUNY and CUNY system are financially strained as it is.

Instead of plowing money into blind ideology as the UC Regents have decided to do, the New York State Senate should choose to commit our limited education dollars to actually improving K-12 education while providing SUNY and CUNY support systems to help college students thrive and earn their critical degrees. Demagoguery always offends, but when it purports to impede public education in a state that offers excellent resources, such obvious political pandering crosses the line of decency.