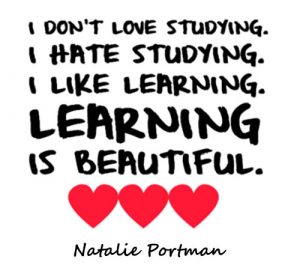 Ask ten, twenty, or even a hundred people to list their favorite activities, and you can bet that “studying” won’t appear in anyone’s Top 10. Sure, researching the most minute details about your favorite show or book or hobby can be extremely diverting, as anyone who spends hours sifting through scraps of player news for their fantasy sports teams can attest. But the mere thought of studying anything you are not interested feels like a bother.

In this context, bother happens to be a technical term, in that a person may be bothered by the idea of spending precious time attending to one task when other equally valuable options also beckon for attention. Clinical psychologist Tim Carey Ph.D. has been exploring the nature of botheration, which he defines as a clash of conflicting interests:

Bother is the natural byproduct of fierce, yet evenly matched, competitions between an individual’s own private priorities, preferences, and values. A person can’t both leave and stay at the same time, so they’re bothered.

Some people don’t even realize that anyone who wants to earn his or her best possible score should always study for a test. Because the necessity of preparation doesn’t occur to them, they feel little if any tension about skipping study time. Others, however, fully comprehend how critical studying–especially the right kind of studying–is to success on test day. When the awareness that study matters conflicts with the desire to do something other than study, botheration strikes.

If bother comes from conflicting interests, then solving the conflict will help to unbother the bothered mind. Certain strategies will help clarify both why study deserves attention and how it can be accomplished quickly and effectively:

Basically, prioritize studying when it’s time to study, study the right way, and then go pursue some of those other competing interests. Don’t procrastinate or put this off; with effective time management, even the busiest student can find time for everything that matters. Peace of mind is an added bonus. After all, anyone who is bothered by studying will be bothered even more by bad grades.