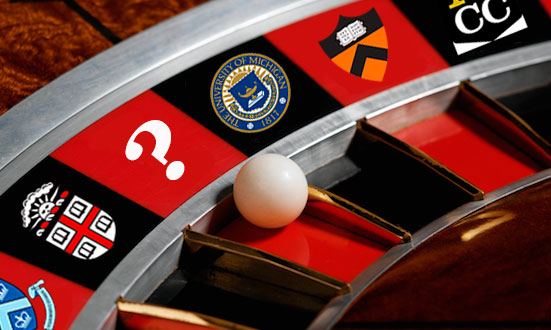 In response to a new re-evaluation of the criteria for popular college rankings, I was moved to write something of a rebuttal on LinkedIn, which is shared in its entirety below. For the sake of our community and the families and educational partners we serve, allow me to add some further thoughts:


What is Really Wrong with College Rankings?

Generation after generation of ambitious college applicants (along with their parents, counselors, and school admins) have obsessed over the popular college rankings, meticulously poring over a map that presumes to chart the path to the loftiest pinnacles of academia and access. U.S. News & World Report has delivered the most influential rankings of “Best Colleges” for so long that its name and remaining relevance has become synonymous with school stratification.

Yet, despite the enduring popularity and influence of the U.S. News & World Report, the paradigm invites critics from all sides. Malcolm Gladwell, for example, has been trying to unravel what the rankings really tell us for over a decade. In a 2011 article in The New Yorker, he outlined the ideological prejudices and priority of selectivity over efficacy or education excellence implicit in the rankings. He also noted how surprised those who managed the rankings were that college presidents began deliberately gaming the positions of their schools in the U.S. News ranking, “as proof of their management, or as proof that they’re a better school, that they’re a good president.”

A decade later, Gladwell revisited the rankings in his appropriately-titled podcast, Revisionist History. In a two-part series, Lord of the Rankings and Project Dillard, Gladwell and his team endeavored to, as a “public service” to listeners, to “hack the algorithm and discover the dirty little secret of the rankings game.” What did they find? In the apt words of a writer from the United Negro College Fund, the rankings appear to have a clear bias in favor of schools with an obvious cross-section of attributes:

Wealth, class, race, and prestige drive the popular college rankings. Why, then, are so many individuals and organizations who ostensibly want to see more accurate academic analyses and a more level playing field for underprivileged, underrepresented groups focusing on, of all things, test scores??

A consortium representing something called New America’s Higher Education Team issued An Open Letter to The Editors of US News and World Report’s Best Colleges Rankings to request an end to the practice of using average SAT and ACT scores of incoming students to calculate the Best Colleges rankings:

“Using average scores of incoming students to rank an institution has never made sense, but is even more preposterous during a deadly pandemic. The Best Colleges ranking has been the leading college rankings publication for years, and its impact on consumers and institutions alike cannot be overstated.”

The signatories, who include classic opponents of academic standards alongside individuals and organizations who have historically found themselves on the right side of educational issues, trot out misleading statistics, erroneous interpretations of research, and a plea to consider the state of the world in spring of 2020 in an effort to instigate a meaningless change to meaningless rankings.

It’s unfortunate to see so much energy poured into superficialities like popular college rankings when the majority of American college applicants–especially underrepresented minority groups and first-generation students–need better K-12 public education, clear academic standards for success, and stronger financial support to make the most of the opportunities higher education can unlock. This persistent focus on both highly selective colleges and the single most objective standard in admissions ignores the real issues underlying education.

The U.S. News & World Report and similar ranking systems speak to selectivity, which has little in modern higher education to do with general or specific academic excellence. Those who throw their support behind these rankings in order to further a crusade against standards do a great disservice to those they purport to represent.