For a test that so many people fear and criticize, the SAT carries a lot of cultural cachet. As a result, researchers try to connect SAT scores to all kinds of esoteric, often unrelated attributes. Which of the following do you imagine has been found to correlate with higher SAT scores?

A. Prior practice
B. Family Income
C. Family education
D. Preference for South Park over The Sopranos

Would you believe All of the Above?

Obviously, practice makes perfect when it comes to the SAT & ACT. Furthermore, numerous studies have supported strong links between test scores and both family income and parental educational level. Older versions of the SAT were even pegged to IQ scores. But can we really predict a predilection for comedy over drama from test scores?

According to research released by AT&T, higher SAT scores signal a higher likelihood of preferring comedy to drama. Researchers analyzed the show preferences of students entering popular universities across the country in 2014 and compared them with the median SAT scores for those schools. Not entirely scientific, obviously, but an interesting methodology nonetheless. Certain trends jumped out, most notably a strong appreciation for clever comedy: 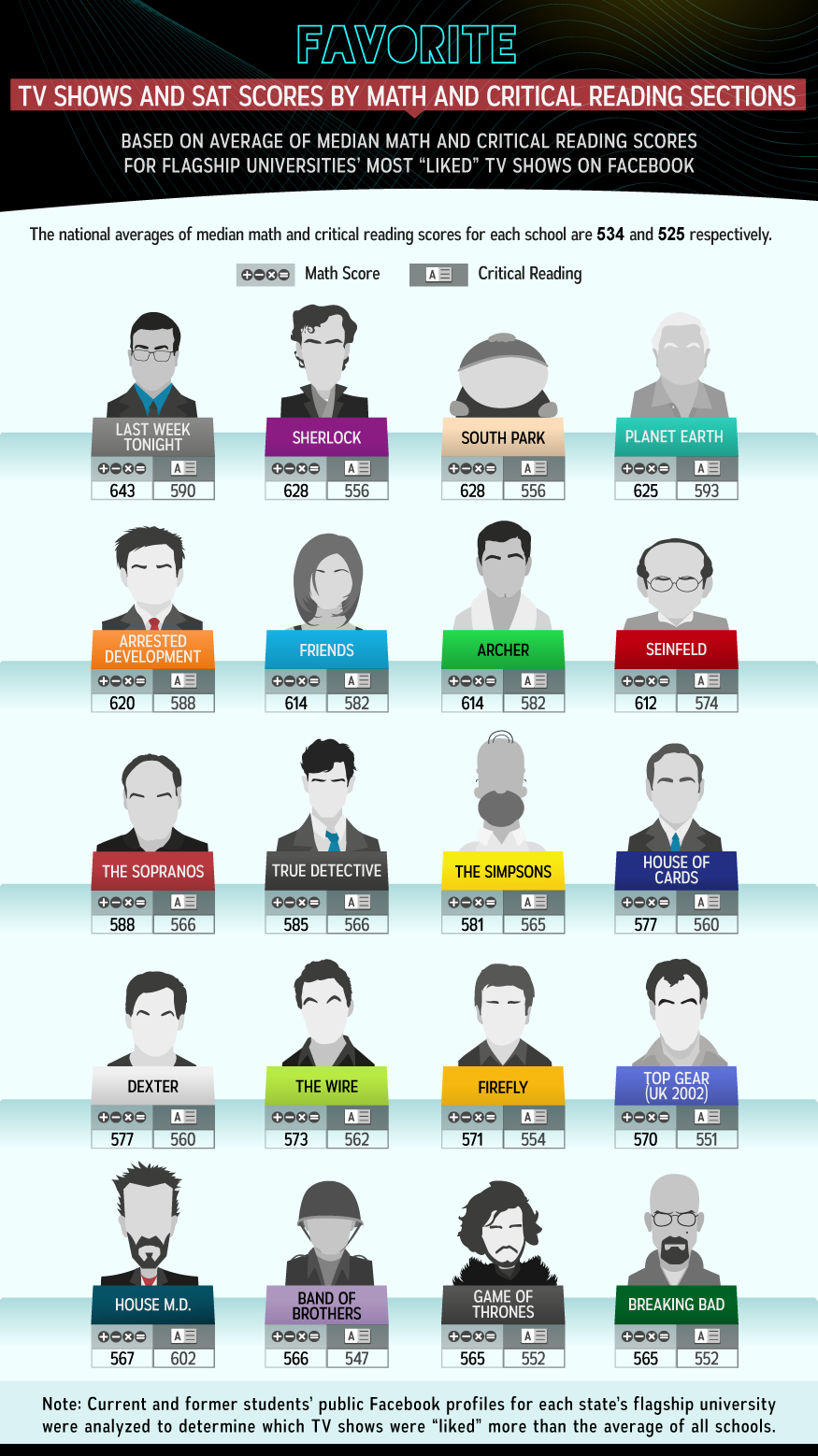 Apparently, listening to John Oliver really does make you smarter! Sure, we’re talking about old format SAT scores and preferences gleaned from Facebook profiles here, but if you’re a fan of timeless comedic classics like The Simpsons and Seinfeld, you can’t help but appreciate these findings. Dig around the rest of the infographic-heavy report to see what SAT score your favorite shows are aligned with.