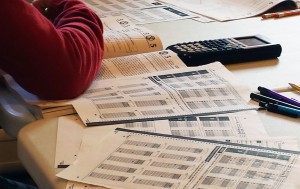 In the fall of 2015, Tennessee became the first state to pay for its students to retake the ACT. Guess what happened…

Nearly 26,000 students in the Class of 2017 opted to participate in the state’s first ACT Senior Retake Day in October. Of those, nearly 40 percent got higher scores. And about 5 percent — 1,331 students in all — raised their composite above the 21 necessary to receive the state’s HOPE Scholarship, which provides up to $16,000 toward in-state tuition.

The ACT retake also resulted in more students hitting the ACT college-readiness benchmarks in all four subjects, an area where Tennessee has struggled. The percentage of students meeting all four benchmarks increased from 21.5 percent to 26.8 percent.

Let’s look past the unfortunate implications of a college-bound cohort where barely a quarter of students meet college readiness benchmarks. What is worth celebrating is the investment in allowing students the opportunity to retake a high stakes test. According to ACT, Inc. (though the citation has been swallowed by their revamped website) 57% of the students taking the ACT a second time increased their Composite score. The current SAT is too new to corroborate the benefits of retakes, but decades of research showed similar results for previous versions: 55% of juniors taking the SAT improved their scores as seniors.

Who finds outcomes like these surprising? If a teen fails his road test, we expect better luck next time. Same for the field hockey team that loses the first game of its season. One-off events are highly susceptible to influence by internal and external factors. On test day, you may be too stressed or not stressed enough. You may be tired or hungry. You may be in the midst of a breakup. Or you may have your own proverbial house in order but have to contend with a test day nightmare.

Even more influential, of course, is the benefit of experience. Sadly, the first time many teens see the SAT or ACT is during that first official administration. States and districts that broadly administer the PSAT or ACT Aspire give their students advance insight into the related college admissions tests, but some kids even skip those exams. We always recommend that students pursue quality practice testing before official exams, and very few participants will ever suggest that the acquired knowledge of content, structure, and timing doesn’t pay off on test day.

Retakes work, but only to a point. One retake in itself seems to lead to marginally higher scores on the SAT and ACT. But true progress comes from coaching, study, and deliberate practice. It’s not enough after failing a road test to schedule another one immediately; you have to spend more time behind the wheel and practice that all-important parallel parking. A losing field hockey team must address its shortcomings on the field if it hopes for a winning season. And if you want real improvement on the SAT or ACT, you need to commit to real prep.