High stakes standardized tests induce stress in most people. They always have (particularly among the unprepared) and likely always will. One eternally effective way to deal with anxiety and uncertainty is through humor, which creates a distance between the sufferer and the stressful situation. In 2017, most people seem to respond to both profound trauma and mild annoyance the same way: by taking to the internet and creating memes. So the existence of PSAT memes makes perfect sense.

The first PSAT memes appeared on social media sites like Reddit and Twitter in October 2014. According to Know Your Meme, the hashtag #PSAT was tweeted out over 330,000 times within 24 hours of the test being administered. PSAT memes addressed the general experience of the test along with specific test items.

The hilarity continued across even more social media platforms in 2015 and 2016, addressing both specific test items… 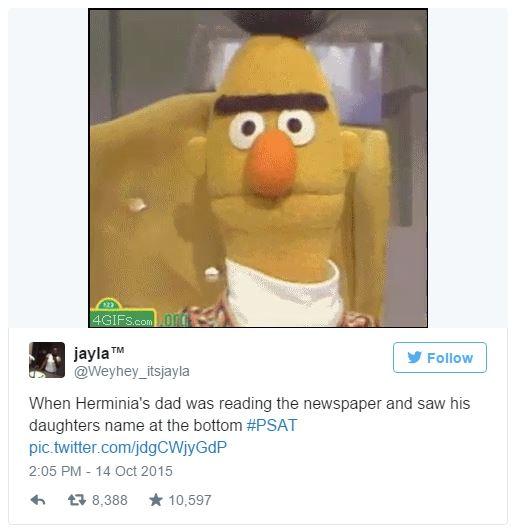 As of this writing, only the first PSAT date has been administered, but ingenious memes are already flying:

When you guess on the first question but the next question says "What choice provides evidence for the previous question?" #PSAT pic.twitter.com/ZlIZhDBr20

Clearly, some high schoolers have clever ways to deal with their PSAT pain. Good luck to everyone taking the PSAT this year!