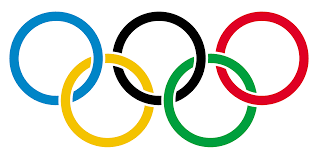 No matter what else is happening in the world, the Olympics have always commanded attention. If you ever doubt the burning will to exceed all limits inherent in all of us, just look at the dedication these indomitable athletes exemplify. No spectacle captures the world’s imagination on such a grand scale. But we’re not tuning in to catch up on air rifle or luge or any of the other hundreds of sometimes obscure events (race walking… really?) we somehow ignore every other week of the year. No, we thrill to the competition, the effort, and the unquenchable commitment to win.

“We all have dreams. But in order to make dreams come into reality, it takes an awful lot of determination, dedication, self-discipline, and effort.”
— Jesse Owens, four-time Olympic gold medalist

“I think that everything is possible as long as you put your mind to it and you put the work and time into it. I think your mind really controls everything.”
— Michael Phelps, most decorated Olympian of all time

“I’ve worked too hard and too long to let anything stand in the way of my goals. I will not let my teammates down and I will not let myself down.”
— Mia Hamm, two-time Olympic gold medalist

“I didn’t set out to beat the world; I just set out to do my absolute best.”
— Al Oerter, Olympic gold medalist

NOTE: We first published this post many years ago but share it during every Winter and Summer Olympics to celebrate the pinnacle of human athletic aspiration.