We achieve the highest levels of achievement in any endeavor by taking advantage of the two drivers of personal performance: a plan and practice. Thus, anyone prepping for the SAT & ACT should work from a plan developed directly or indirectly by highly trained and experienced test prep professionals.

Practice, on the other hand, depends on working with practice material that perfectly replicates official test questions, sections, and full tests. Many publishers offer practice exams designed to mimic what the College Board and ACT, Inc. deliver, but none of these resources can ever truly replicate the efforts of the test makers themselves. For this reason, we recommend that students always practice on official tests, ideally under proctored conditions. Each test maker publishes one official book of practice tests: 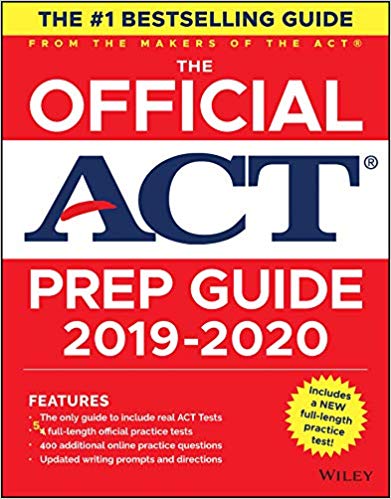 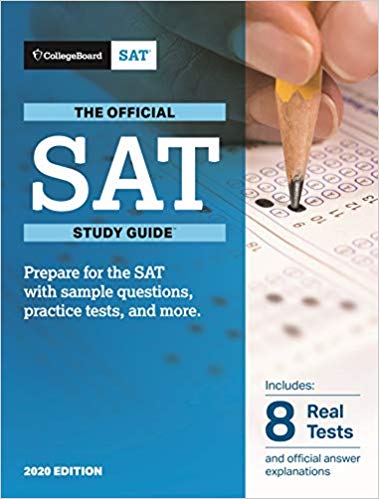 ACT test takers who don’t have last year’s edition should buy The Official ACT Prep Guide 2019-2020. This edition contains five full tests, the first three of which have been in the guide since ACT switched publishers in 2016. The fourth test was officially administered in June 2017. The fifth and newest test was officially administered in December 2017. While I’ve criticized the way the math sections of the original three tests in this guide were cobbled together from older exams, I congratulate ACT for providing more recent official exams for practice.

SAT test takers should purchase the 2020 edition of The Official SAT Study Guide. The newest version of this guide still has eight full tests, but some of the tests are new. College Board has added exams officially administered in October 2017 and 2018. To make room, they removed the current tests 2 and 4 and reordered the rest: 10 (October 2018), 9 (October 2017), 8, 7, 6, 5, 3, 1. And while most or all of these tests can be downloaded for free from the College Board website, anyone planning to take multiple practice SATs will find that this book saves on printing costs. However, you’ll still need to visit the College Board website to score your tests, because this book, now in its 3rd revision, inexplicably still lacks score conversion tables and percentile charts.

So, if you’re hoping for your best scores on either of these tests, you should pick up a copy of the newest edition and use it! We advise taking practice tests under simulated testing conditions either on your own or in a proctored test environment. High quality practice tests matter. Start with the best possible tests, but make them count by putting in your best effort with the best coaching and review you can find… that’s how you score your best on the SAT & ACT.