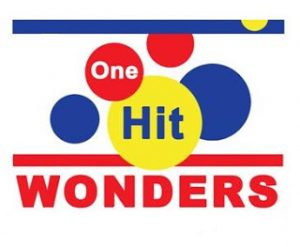 American culture seems to celebrate the lucky break, the stroke of good fortune, the against-all-odds moment that turns certain defeat to sweet victory. Many dreamers eschew the hard work, confident that one epic act or second of serendipity can change everything for the better. No wonder casinos and lotteries are so popular!

Yet, at the same time, we collectively revere those with a body of work, those who have proven their excellence again and again. One-hit wonders might enjoy momentary popularity, but we obsess over the question of the G.O.A.T., as in “Who is the greatest of all time?”

Where in this spectrum of ephemeral to enduring success do tests like the SAT and ACT fit in? Critics have cried for decades over how much importance seems to be placed on a single morning of testing, as if a teen’s entire future depended on just the September ACT. Students in countries from the UK to China have to sit for days of testing that will literally change the directions of their lives. Americans seeking college admissions do not.

If standardized tests carry so much weight in college admissions–which they often do–then why doesn’t everything come down to that one morning at a test center taking the SAT or ACT?

Because students who don’t like their SAT or ACT scores can just take the test again!

Look at the college admissions test process more like a World Series than a Super Bowl. Most sports leagues recognize how fluky performance can be and allow teams to compete over a number of games. In a best-of-five or best-of-seven series, the better team tends to win.

Why pretend the SAT is your own personal Super Bowl? Instead of banking on an “any given Saturday” strategy, plan to win a testing series. That way, if something goes wrong on the September ACT, you still have October or December to bounce back:

Catching lightning in a bottle on test day isn’t the most reliable path to the college of your dreams. Real success comes from a body of work that signals effort, commitment, and accomplishment. College applicants signal those admirable qualities through their grades, extracurriculars, and–if they’re smart–test scores. Don’t make the SAT or ACT all about one day; taking a more sane approach to testing will lead to better scores in the long run while still leaving room for that lucky “one-and-done” performance!