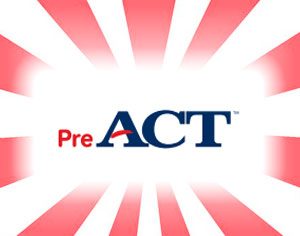 Following the philosophy of “if you can’t beat them, join them,” ACT has once again restyled its 10th grade assessment test. While this exam was called the PLAN or more recently the ACT Aspire, students and parents alike often referred to it as the “pre-ACT.” Choosing the path of least resistance, ACT recently announced that the 10th grade test will now be called the PreACT. Catchy!

The people may have won the name they wanted, but have they been given the test they wanted? In most respects, the PreACT will play a similar role as the PSAT in terms of providing a sneak preview into the structure and content of a related admissions test while delivering useful data to students and school districts alike. The PreACT and PSAT differ in that the former is a 10th grade test where the latter may be offered in 10th grade but assumes greater importance in 11th grade. Plus, only the PSAT serves as the National Merit Scholarship qualifying test.

Neither the PreACT nor the PSAT carry weight in college admissions decisions, which leads many to wonder why they matter at all. However, taking the PreACT offers a number of benefits. Most of the reasons why a student might want to want to take the PSAT apply:

PRACTICE AND PREDICTION
The PreACT is tightly aligned with the ACT score, with scores based on the ACT 1–36 scale. The PreACT may be shorter than the full ACT and lack the Writing Test, but the exam is designed to accurately predict student performance on ACT English, Math, Reading, and Science.

COLLEGE READINESS
ACT has long been focused on the issue of college readiness and has used its exams to assess College Readiness Benchmarks. The PreACT continues that noble work.

INTEREST INVENTORY
The PreACT will also have students complete the ACT Interest Inventory, which provides a range of insights from which majors might be a good fit to which occupations might be most fulfilling.

LOTS OF DATA
The new breed of vertical assessments offered by both ACT, Inc. and the College Board excel at generating avalanches of aggregated data quantifying achievement across a variety of content areas. High schools cannot really dig deep into ACT data, but the PreACT is different because test scores are sent directly to educators and administrators to slice, dice, and parse individual and aggregate performance.

Ultimately, the PreACT is not an admissions test but serves as an effective precursor to what is currently the leading college entrance exam. Taking the test may cost a few precious hours on a weekend but the returns can be worth the effort. But don’t worry if your school doesn’t offer the PreACT or offers it at an inconvenient time; you can derive most of the benefits of this test along with some other very important ones by taking a full-length, proctored practice ACT.