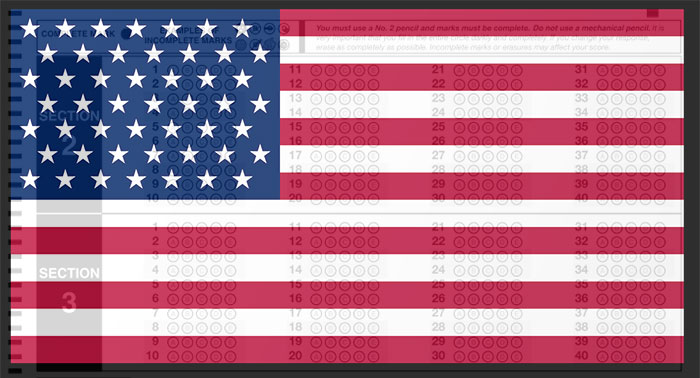 When the 4th day of July rolls around, we citizens of the United States sometimes ponder questions deeper than just where to watch the best fireworks. We think of patriotism and pride, and even the most cynical among us contemplates what really makes America great. If thoughts like these have been rolling around in your head lately, here’s something to consider about American excellence…

According to a 2014 tally, over 300,000 students outside the United States took the SAT in more than 1,000 international test centers across 175 countries. In Hong Kong alone, one 2013 SAT administration was inundated by 10,000 test takers. The ACT commands similar–and, in some countries greater–numbers of international test takers, and both tests have seen more test takers last year than ever.

Americans may struggle to reconcile data about our international rankings when it comes to health care, elementary school literacy, or men’s soccer prowess, but we have nothing to be ashamed of regarding higher education. Many countries boast strong educational programs, yet American colleges and universities attract many of the world’s best and brightest. If this is a culture war, we’re all winners. 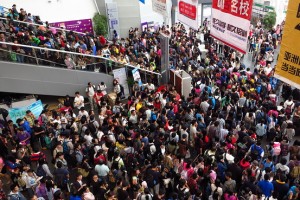 The international impact of outstanding American higher education is something to be very proud of. However, even rabid opponents of standardized admissions testing have to wonder how much of that quality can be attributed to the SAT & ACT. After all, didn’t Harvard adopt the SAT way back in the 1930’s to assess applicants on education and ability rather than wealth and influence? America the Beautiful is at its most pulchritudinous when the myth of the meritocracy manifests as shining reality. Advancement through hard work and ability is nothing less than the American dream. This is the dream that drives so many students around the world to strive for American colleges and, just maybe, the reason so many American school still–even during the test-optional era–rely on SAT & ACT scores. After all, hard work and ability (plus practice and coaching) are the only sure ways to improve test scores, right?

Would it be going too far to suggest that the SAT & ACT may be seen as pure microcosms of the American Dream? I’ll let you ponder that question as you enjoy your Independence Day BBQ. Be sure to let me know what you think. Happy 4th of July!

(Note that I wrote this back in July 2014, but still feel just as proud of the promise and potential of American higher education.)