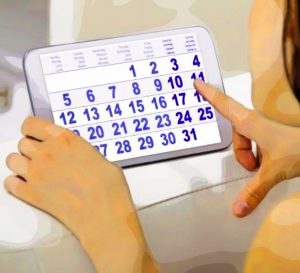 What do we want? Super high test scores!
When do we want them? Now!

A student recently asked, “How can I increase my SAT score of 1000 to 1450 in a month?” I didn’t sugarcoat my initial response: you probably can’t.

That assessment may sound harsh, but consider the facts, adjusted by 10 points to make for more accurate analysis. According to our ultimate ACT/SAT Concordance Table, an SAT score of 1010 is in the 44th percentile. An SAT score of 1450 represents the 98th percentile. Considering that roughly two million graduating college bound seniors take the SAT every year, this student wants to outscore approximately 1,080,000 peers who are currently scoring higher than her. In a month.

Self-confidence can take you very far in life, but sometimes a reality check helps us move from fantasy to reality. Some changes are too profound to enact in just one month. Imagine you started a month with no background in weight training. According to LiveStrong, the average bench press for an untrained woman who weighs 165 pounds is 80 pounds. A novice of average weigh can press 95 pounds, an intermediately experienced woman 115 pounds, and an advanced lifter 145 pounds or more.

If you were that inexperienced lifter who actually started below average, could you see your bench press improving from perhaps 55 pounds to 155 pounds in just a month?

The truth is that dramatic improvement takes more than just desire and effort. True transformation takes time and ability. Just doing your best is often not enough. 9 out of every 10 test takers reach their maximum scores before they break the 90th percentile.

For the best results possible in a short time frame, recruit the best prep coach you can, work relentlessly according to a proven plan, and optimize every academic and technical component of test day performance. That might not be enough to reach your most ambitious goals, but the effort will take you to your very best performance.

Even better, follow the same steps but try to find another 2–3 months to prep!