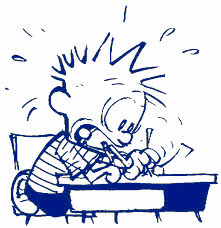 Poll a random sample of college admissions officers, high school students, and test prep professionals on just about any issue, and you’ll likely encounter a lot of divergent ideas. On one issue, however, we all tend to agree:

The SAT and ACT essays are a waste.

These essays are a waste of time, adding nearly an hour to each official test and many more hours to any comprehensive test preparation.

These essays are a waste of money, anywhere from $14 to $16.50 per test plus the extra cost of prep.

These essays are a waste of effort, as fewer and fewer colleges require or recommend essay scores. To my knowledge, even the ones that want the scores don’t use them in any real capacity, as I’ve yet to hear about a student denied admission because of a low essay score.

Harvard clearly agrees, as that estimable institution recently dropped its test essay requirement. Dartmouth just followed suit. The tide has turned. Now, the majority of America’s most competitive colleges–schools desperate for any shred of data that helps improve admissions decisions–have no interest whatsoever in the SAT or ACT essay. So why should anyone?

The test essay has inspired controversy and confusion since its inception. Very few people complained when the essay was simply a portion of the SAT II Writing Test; in fact, colleges clamored for those scores. But when the College Board added that exact essay to the SAT Reasoning Test–at the behest of certain colleges, mind you–those same schools didn’t recognize their old friend. Even worse, ACT’s deft decision to make the essay an optional section proved more popular than the mandatory nature of the SAT essay. This led directly to the current position of the ACT as the most widely-taken admissions exam. It’s fair to say that the College Board regrets the day the essay was added to the SAT.

But this oddball writing requirement hasn’t been an unmitigated success for ACT either. That organization may have done more than the College Board to doom the essay by rolling out the Enhanced ACT Writing Test in September 2015. Not only was this new essay assignment confusing, but it was also released mid-cycle, which meant that college applicants submitted both old and new essay scores. A plague of egregiously late and ambiguous essay scores soured admissions offices on that aspect of the ACT entirely. The pointless bloating of the SAT essay from 25 to 50 minutes, coupled with a completely different assignment, did the same for that test as well.

Every week, more schools seem to be waiving the essay requirement, yet students who haven’t solidified their college choices still feel compelled to write that essay. We help coach students through this anxiety all the time, but cannot, as long as some schools request essay scores, always counsel test takers to skip that optional writing section. This uncertainty only exacerbates an already stressful situation, one that appears to serve absolutely no one.

You might think that someone in test prep would defend any aspect of an exam that clients will pay to prepare for. Think again. I ardently support useful and effective norm-referenced tests and their value in the college admissions process. What I abhor is wasteful testing. I’m not the only test prep professional taking this stance either. The Los Angeles Times recently ran an excellent op-ed titled California, kill the SAT and ACT essay, whose author, surprisingly, works for Princeton Review. So when those who stand to profit from a test want to see its demise at the same time that those who are intended to use that test’s scores don’t see the value, something wrong needs to be set right. Send the College Board and ACT, Inc. a message: it’s high time to retire the test essay.