Considering how many decades the SAT has been around, you’d think we’d have a better handle on that signature 200-800 scale. Everyone grasps that 200 is as low as a scorer can go and that scores improve as they rise towards a perfect 800. But how much better is a 670 than a 620 or a 520? Arbitrary scaled test scores only make sense when we see their percentiles, the depiction of what percentage of the testing population we scored higher than.

The College Board has finally released the first set of SAT percentiles for the version of the test introduced in March 2016. Beyond the discussion of SAT total scores, section scores, subscores, and cross-test scores, we find percentile ranks based on two different reference populations:

The User Percentile — National compares your score to the scores of typical college-bound U.S. 11th- and 12th-grade SAT takers, derived via a research study sample weighted to represent students who typically take the SAT last as 11th- or 12th-graders.

Unfortunately, these different ranks fail to tell us–or college admissions counselors–what we really want to know. The National User Percentiles should be based not on tangential research but on the results of actual administered tests, in the way that SAT and ACT percentiles have always been calculated. But the Nationally Representative Sample Percentile are actually misleading; comparing test takers to those who never even take the test dramatically inflates percentile ranks.

The best way, then, to evaluate the new SAT percentiles is to ignore Nationally Representative Sample Percentiles entirely. Here are National User Percentiles for total scores: 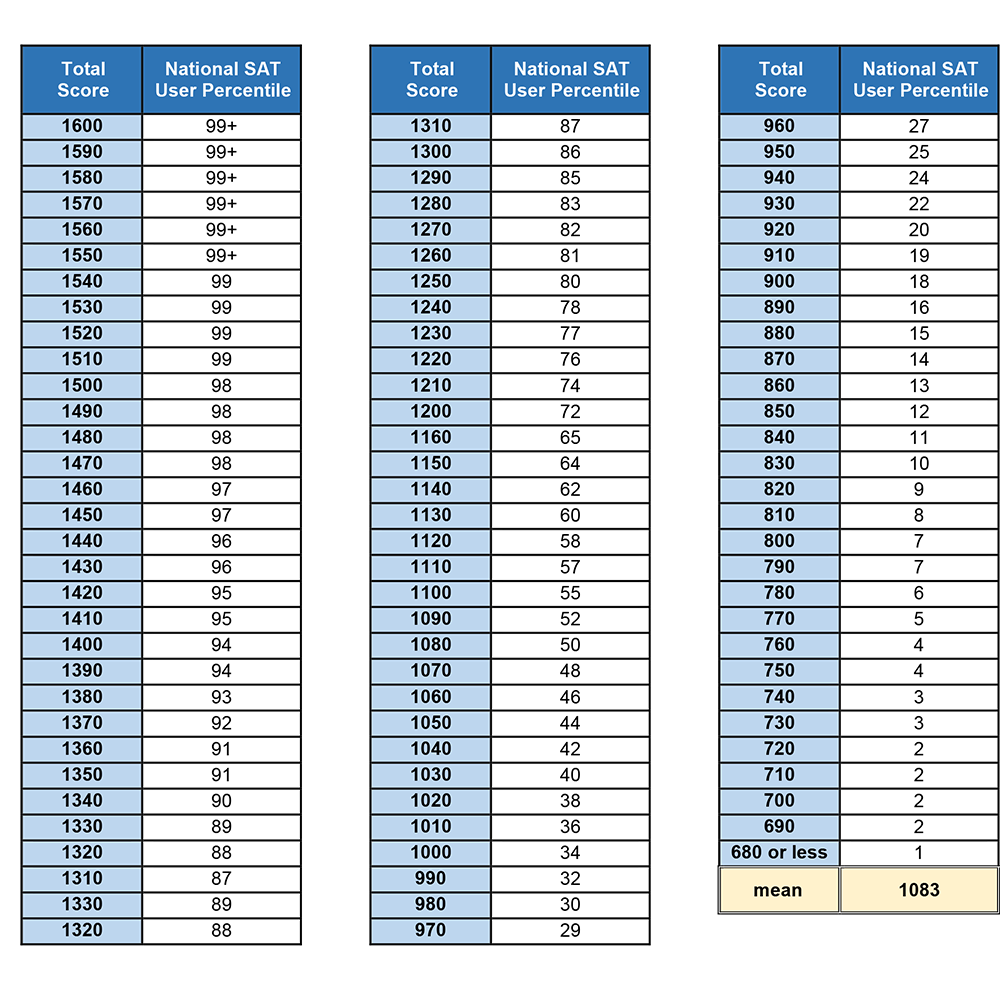 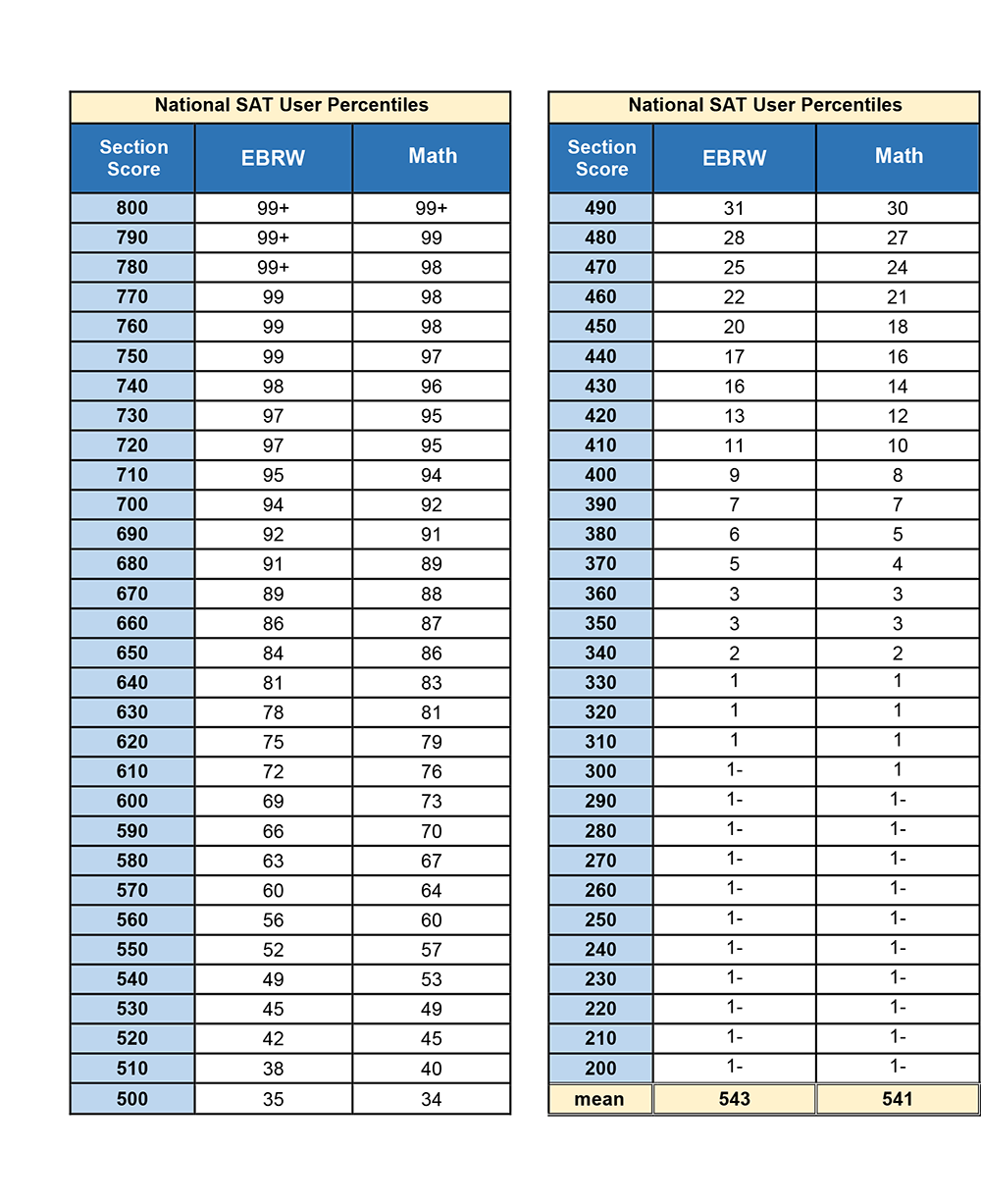 Pay close attention, because the new percentiles don’t align with previous scoring paradigms. For example, a section score of 600 used to be around 80th percentile, but now comes in at 69th or less. In fact, the mean score was always around 500, give or take a few points. Thus, we knew a section score of 500 was around 50th percentile. Shockingly, a 500 now has a National User Percentile of 35th for EBRW and 34th for Math. The mean scores for those sections are 543 and 541 respectively. So evaluate your SAT scores carefully. When checking with colleges to inquire about score policies, consider asking which percentiles they pay attention to.