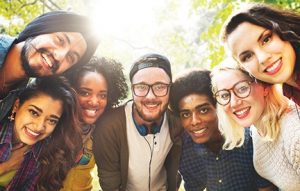 The college admissions process boils down to a Herculean effort to sift through thousands of applications to find the 5-25% that project to align best with a school’s academic environment and culture. Admissions carries high-stakes for both sides. Why then, would an admissions team choose to tackle this task without the one data point explicitly designed for college admissions?

The primary defense for test-optional admissions–apart from the fact that some people just don’t like standardized tests–is to promote diversity. Socioeconomic groups that lack access to the public education or private test preparation resources that lead to higher test scores find themselves at an apparent disadvantage when admissions policies require standardized tests. The remedy for at least one small aspect of overall socioeconomic inequity may be to allow students who feel their SAT or ACT scores don’t represent them fairly to submit applications without those scores. Ostensibly, a school that can find ways to accurately assess these applicants without test scores will be rewarded with a more diverse incoming class.

And according to one study, this theory holds true. The DEFINING ACCESS: How Test-Optional Works study published in April 2018 found that “the adoption of a well-executed test-optional admission policy can lead to an increase in overall applications as well as an increase in the representation of URM students (students from racial and ethnic groups that have traditionally been underrepresented in college populations) in the applicant pool and the freshman class.” Analysis of this comprehensive report reveals many interesting findings:

While this study seems to present definitive proof that test-optional policies improve the diversity of incoming students, the research only focused on 28 schools. A more comprehensive study released October 2018 compared the data from the 127 colleges with a test-optional policy from 2009-2014 to the 1,649 schools without. The findings from SAT optional policies: Do they influence graduate quality, selectivity or diversity? differed dramatically from the DEFINING ACCESS study:

Apparently, test-optional policies don’t magically solve unequal access to the halls of higher education, at least not on their own. Research into the impact of these policies will undoubtedly continue long-term, but the bigger issues involved deserve action now. If schools really want to promote campus diversity, rather than just game their national college rankings, then test-optional policies need to be part of a more comprehensive strategy that takes into account the requirements of these underrepresented groups. For example, one study found that high-need students choose not to submit their SAT and ACT scores at higher rates than other populations. Thus, test-optional schools will have to account for the greater ongoing financial support required by many of these applicants.

There’s no denying that some colleges adopt test-optional policies for cynical reasons related to marketing or ranking. The more sincere schools that embrace these policies as a means to fulfill college dreams among traditionally underrepresented groups must accept the challenges along with the benefits and commit not just to offering students a way in but also making sure they get out with their degrees and equal access to a bright future.