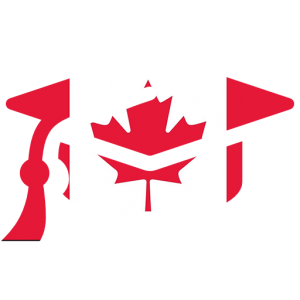 A college education may yield massive benefits, but no one can deny the massive cost that comes with it. College tuition, fees, and room and board have been steadily rising at a rate that far exceeds inflation, even though salaries have not. No wonder student debt in American just hit $1.5 trillion. Even if you’re in line for big scholarships based on your grades and test scores, you may still find the prospect of incurring six-figure debt for five-figure earning potential daunting. What to do?

Do you, perchance, know the words (English, French, and bilingual) to O Canada?

Other countries outside the United States have attracted attention for inexpensive or even free higher education. Germany and a host of other European countries love American students that meet their requirements. In addition, abundant opportunities for college bargains can be found south of the U.S. border from Mexico all the way to Argentina. But somehow we tend to ignore our neighbor to the North.

That oversight seems to changing as more American students are attending Canadian universities than ever before. For example, the Canadian government issued 6,349 study permits to Americans in 2016, up from 5,683 the previous year.

Some imagine that politics may drive the decision to study abroad, but economics surely drives most of these decisions. In keeping with the national reputation for moderation, the costs for most schools in Canada appear far more reasonable than those here in the States. College Board calculates the current average cost of public four-year college for out-of-state students at $23,890 and at private four-year college at $32,410. In contrast, Statistics Canada found that the average tuition fees for international undergraduate students in Canada for 2017-18 came to $25,180 CAD, with some most fields of study other than engineering costing much less. Even better, that $25,180 CAD converts to only $19,634.36 at current exchange rates. What a bargain!

We’re not just talking about ice-locked schools in Nunavut either. US News & World Report has ranked University of Toronto as the top school in Canada and #20 worldwide, currently ensconced between UPenn and Duke. Tuition, fees, and cost of living can still be substantially cheaper than, say, Duke’s $72,710 estimated cost of attendance.

Sure, Canadian schools can’t offer the sun-drenched campuses that stretch from California to Florida. Nor can you count on the lifelong sports affiliations so many U.S. schools imbue in graduations. But if you’re looking for a great education at a great price in a great place, Canada may be the home of your future alma mater. Plus, Canada makes it easy for international students who fall in love with the nation to stay there. So expand your options northward when considering colleges. Just don’t think making a run for the border will get you out of taking the SAT… competitive Canadian schools still require test scores from American students!