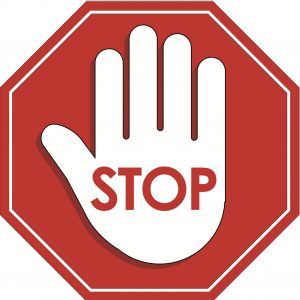 Millions of high schoolers take the SAT every year, but very few make the news as a result. Kamilah Campbell, however, is making headlines. This Florida teen earned a 900 the first time she took the SAT, then jumped 330 points to a 1230 on her second official test. Rather than ride that impressive score improvement to the college of her dreams, she watched helplessly as College Board invalidated her score on suspicion of cheating. Maybe “helplessly” is the wrong word, because Campbell has fought back, taking on a high-profile attorney and gaining the support of politicians and the NAACP.

Campbell’s story may terrify students and parents who consider the same strategy of taking an official test for a baseline score before prepping. Can College Board hold back SAT scores and ACT hold back ACT scores?

The short answer is, “Yes they can.” Both testing organizations are private entities with great latitude and legal support for protecting the integrity of their exams. In fact, scores are held back more often than people realize. I learned about this practice almost twenty years ago, during my tenure as Director of Exam Prep for Huntington Learning Centers. Since then, I’ve seen several Chariot Learning students tangle with ACT and College Board over suspicious scores. However–and this is very important to realize–I’ve also seen far more students earn huge score increases that were validated without any issue. Avoiding the stress of a contested test score and the potential admissions implications is easier than you’d think:

HOW TO MAKE SURE YOUR TEST SCORES ARE NOT HELD BACK

1. Prep before your first official test.
Setting a baseline for diagnostic purposes makes sense, but making sure that baseline doesn’t become part of the official record also makes sense. After all, nobody takes the road test cold to see what needs to practiced for next time. Test driving begins off road in safe, controlled environments. Practice testing should begin the same way. If you don’t have access to the kind of high quality proctored SATs and ACTs we run all year long in our area, take officially released tests under timed conditions on your own. Save your official testing for when you are ready to deliver your best performance.

2. Take every test seriously.
Many students sit for tests like the PSAT or Pre ACT before they even understand why those tests matter. Teens should fight the understandable urge to underperform on these exams. These preliminary tests may not influence college admissions decisions, but they do provide valid data against which future tests may be compared.

3. Don’t cheat.
Serious score increases attract attention to student performance, but the test makers look at other testing behaviors as well. In fact, Zach Goldberg, a spokesman for The College Board, told CNN that scores are never flagged for score gains, saying that they are celebrated achievements. Goldberg pointed out that Campbell’s letter “never references score gains as a reason for her scores being under review.” That letter, as reported by The Hill, read as follows:

“We are writing to you because based on a preliminary review, there appears to be substantial evidence that your scores … are invalid,” it said. “Our preliminary concerns are based on substantial agreement between your answers on one or more scored sections of the test and those of other test takers. The anomalies noted above raise concerns about the validity of your scores.”

While each of these factors and others are rare independently, they establish a very strong pattern in combination.

Obviously, having scores held back can be tremendously disappointing, if not traumatic. Since scores are typically held back on exams students take after their initial tests, the timing of these incidents tends to disrupt college admissions decisions. Students are offered opportunities to retest with certain target scores set to reinstate the contested ones. However, in my experience, not every teen rises to the challenge and earns an equivalent score. Kamilah Campbell probably didn’t want the level of scrutiny and stress she is under right now. You probably don’t want that for yourself or your family either. Take the right steps to ensure that you earn full credit for your best scores.

Previous articleUncertainty, Risk, and College AdmissionsNext article The Case for the February ACT