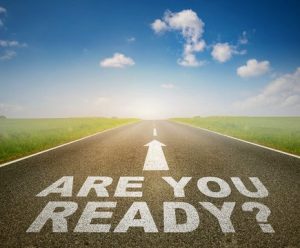 The biggest stories in college admissions right now have to do with record numbers of applications to highly selective schools being waitlisted, deferred, and outright turned away in record numbers. As ever, the ranks of the unadmitted include plenty of students who would not only survive but thrive in competitive academic environments. But many of these students–particularly those who likely wouldn’t have applied before being emboldened by test optional policies–may have spared a great deal of emotional and financial pain. After all, there is a big difference between being ready for colleges and *really* being ready for college.

What is the essential distinction here? Imagine that you, like me, have a teenager of driving age. My son has been ready to drive for years. As far as he’s concerned, he was born ready. To him, the assorted steps required to earn first a learner’s permit and then that coveted full license are mere technicalities, steps designed only to delay his rightful place behind the wheel.

Reality, however, indicates otherwise. He passed his written test on the first try–kudos–but only after an uncharacteristic amount of study. Now, the actual act of operating a vehicle safely on even deserted roads requires far more skill and focus than he realized from the back seat. My awesome son will one day make an awesome driver, thanks in large part to all the preparation required to earn a license to drive.

It goes without saying that many high school graduates are ready for a four-year college experience. Who wouldn’t be, when the natural educational progression in this country also represents a rite of passage expected of just about anyone with professional aspirations. A huge swath of our populations seems committed to the idea that college may be the best four (or more) years of your life. Who wouldn’t be ready for such a heady mix of adventure, independence, and academia?

Sadly, the statistics suggest that enthusiasm just isn’t’ enough, not when nearly two million students who begin college each year will drop out before earning a diploma:

Those odds range from bad for the highest-income students to downright abominable for applicants from the lowest-income quartile. So why are we celebrating that more students applied to top colleges this year–particularly when those schools waive some of the strongest indicators of college readiness from their requirements?

How do you know if you are *really* ready for college? Academically, at least, you can take a test that evaluates college readiness. Believe it or not, high school grades don’t tell the whole story, not in a world of rampant grade inflation where more than 50% of students entering two-year colleges and nearly 20% of those entering four-year universities are placed in remedial, no-credit classes, which in turn drastically endangers their chances of earning degrees. for further evaluation, all aspiring college students, whether they need test scores to apply or not, should still take the SAT or ACT to evaluate college readiness.

What makes a test like the SAT or ACT so special? Unlike the tests and quizzes school teachers craft for their classes, these exams represent some of the most heavily researched and meticulously engineered assessments in human history. They align with state standards from coast to coast, reflect national educational priorities, and quantify elements of academic ability colleges prize but cannot assess from grades alone. No wonder each of these tests costs so much to develop!

The SAT and ACT also establish well-researched College Readiness Benchmarks, which provide minimum section scores that predict the likelihood of passing specific required first-year college courses. Even better, these benchmarks provide a target to work towards for students who need to be *really* ready for college.

For example, failure to earn at least a 530 on SAT Math or 22 on ACT Math indicates less than a 75% chance of even earning a C in a credit-bearing college algebra course. Many schools will either use those test scores or administer their own placement exams, so that students who fall short will be assigned to remedial classes first. Thus, families eager to avoid the pain and expense of remedial college classes can prioritize preparation while still in high school to meet these clearly defined Readiness Benchmarks.

Whether my son or I think he’s ready to drive, I’m still going to wait until he passes his road test before letting him take my car out for a spin. Even if you think your teen is ready for college, why not make sure he or she passes a couple of critical tests before embarking on one of the most substantial commitments of a lifetime? When you are *really* ready, you are ready!

Previous articleACT Now Reporting SuperscoresNext article Are You a Supertasker?