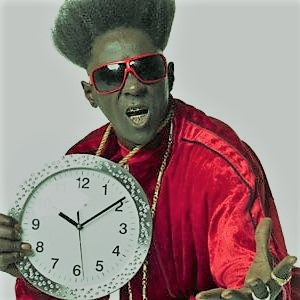 The timed nature of standardized tests like the SAT & ACT represent one of their biggest challenges. Just the thought of having to whip through long passages, decode complex word problems, and answer question after question in a minute or less is enough to inflame anyone’s test anxiety. Consequently, effective time management makes a world of difference on test day. That’s why we recommend that students always wear watches to important exams… you can only manage what you can measure.

Many watches these days do far more than tell time. However, many such devices come packaged with features that can cause trouble on test day. For example, the test makers strictly prohibit any devices that make noise. According to ACT testing guidelines, if a test taker’s watch sounds during testing, that person will be dismissed and his or her test will not be scored.

Separate timers are also prohibited, though regular watches with timers usually aren’t a problem. To capitalize on the benefits smart timers can provide on test day, some companies have designed special SAT & ACT testing watches. These devices typically incorporate a slew of useful features:

Dedicated testing watches can yield significant advantages to some students, particularly those whose pacing matches the standard predictions of these devices. The manufacturers seem to take pains to comply with testing regulations (no sounds) and keep up with changes in test format. You might think, then, that every test taker would be wise to consider one of the many testing watches on the market. You might want to reconsider. These devices may cause all sorts of problems on test day, from exam interruption to total test confiscation. The problem lies not in the watches themselves, but in the proctors.

Far too many test day nightmares can be attributed to proctors lacking experience, training, or just plain common sense. In fact, high-level test preparation should always include planning for when proctors don’t know the rules as well as test takers. Dedicated testing watches, designed to fully comply with testing regulations, may still attract undue attention from overzealous overseers. The official College Board security team response to this issue–elicited recently in response to one of our student’s concerns–does nothing to mitigate fear of proctor error:

“Test timers do not violate testing rules, although if a test center collects watches as a security measure we expect students to comply.”

This represents the fatal flaw in an otherwise excellent plan. Many users of these watches report distracting interventions and device confiscation. Even the manufacturers of these testing watches know how inconsistent proctor behavior can be; one company disclaims that it does not “represent or warrant that the results of any standardized or other test will not be invalidated or voided as a result of the use of this product by the test taker.”

On the risk–return spectrum, the risk of potentially catastrophic proctor intervention outweighs the advantages a test timer might offer. Dedicated testing watches are smart, but leaving them at home may be even smarter.

Previous articleThe Case for the May SATNext article Is the SAT an Intelligence Test?