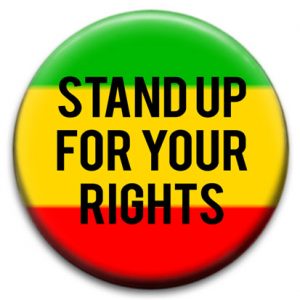 One of the central tenets of standardized testing is that every test taker takes a test the same way. Any aspect of exam administration from timing to breaks to even the instructions a proctor shares before starting the clock should be predetermined and implemented at all testing locations. This level of attention to detail permits fair comparison of scores from tests administered across a multitude of test sites and dates. In essence, everything possible about a standardized test must be standardized.

So what happens when a proctor deviates from the script?

One of my colleagues, whose state and district shall remain nameless to protect the guilty, shared the following legitimate complaints:

I am LIVID. I just found out from my own daughter that the proctors at three ACT test sites/schools she has used in the last year have…

It should go without saying that the conditions described here directly violate all of the precepts of fair and valid standardized testing. More important, testing conducted this way violates individual student rights, particularly those of the teens striving for their best scores. One can only imagine how difficult that struggle must be in an environment where teachers and students alike collude to cheat the system for a few extra minutes of free time.

What is the best way to handle a situation where a proctor deviates from the standardized script? Letting it go and filing a complaint after the fact is a terrible idea, as the only recourse available is score cancellation and retesting. This option also fails to guarantee that proctors will change their behavior on future tests.

Instead, students must have the courage and determination to advocate for themselves. Well-prepared students should already know the exact timing, breaks, and rules for a given standardized test. When a proctor intentionally or accidentally introduces chaos to a structured event, someone must speak up in the moment:

“Sorry, but we are supposed to have a 10-minute break here, and I need that time.”

“Aren’t we are supposed to have 35 minutes for this section? I’m still working.”

“Excuse me, but people entering and leaving when we’re all working is distracting everyone.”

Most teens would find speaking out when a teacher or staff member breaks the rule difficult at any time, but doubly so when other students seem to want a shorter testing period. Nonetheless, tests like the SAT and ACT depend on consistent conditions everywhere and every time. Test takers have a right to every advantage guaranteed in the rules.

Parents and educator should reinforce this key lesson before every big test: ALWAYS KNOW MORE THAN YOUR PROCTOR. Arrive on test day with full knowledge of the rules and be willing to stand up for yourself and others when proctors willfully or inadvertently violates those rules. Sometimes, big exams test more than just your math or verbal ability. Don’t fail to stand up for your rights!