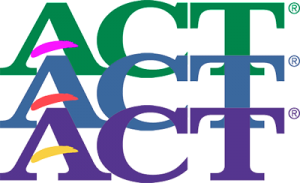 The testing and admissions world was positively buzzing this week with ACT’s bombshell announcement about future changes in testing format, policy, and reporting:

1. ACT Section Retesting: Students who have already taken a full ACT will be allowed to retake individual ACT section tests instead of having to take the entire ACT test again.
2. Online Testing: Students will have the option of online or paper testing on national test days at ACT test centers; online scores will be available in just two days.
3. ACT Superscore Reporting: ACT will report an official superscore for students who have taken the ACT test more than once.

These changes promise to completely change the admissions testing experience, offering unprecedented convenience, responsiveness, and–for students dreading a full four-hour marathon just to complete the Writing section–mercy for ACT test takers. This assumes, however, that ACT rolls out these revisions in September 2020 without substantial alterations. Yet, if we learned anything from the rise and fall of the SAT Adversity Score, it’s that some ideas, no matter how exciting or essential, cannot survive contact with reality.

Of the three new features ACT announced, superscore reporting is the one most likely to persist intact. ACT’s recent research supporting superscoring will likely influence admissions policies over the next year to the point that an official ACT superscore report will simply save a little addition during score review.

ACT section retesting, on the other hand, sounds like a game changer. The opportunity to sit for individual sections facilitates retakes, which are known to lead to higher tests scores. Plus, coupled with the stronger push for ACT superscoring, some students will definitely be more strategic in attacking just a couple of test sections at a time… especially if test prep tutors have anything to say about it! All in all, a section retesting policy could be the push ACT needs to get back to the top of the admissions testing pile after being supplanted by perennial champ College Board just a couple of years ago.

Then again, maybe nothing will change for most students.

As ideal as ACT section retesting sounds, this option comes bundled with certain undesirable complications. ACT didn’t make this fact clear, but buried in the fine print lies a critical restriction on how and when restesting can be exercised:

Students can improve their chance of increasing their scores on specific subjects. Section retests are offered online only and are identical in content and follow the same format as the full ACT test. The only difference is that students taking the retest are only taking the tests for individual subjects, not the entire battery of tests. Section retests are only available to students who have completed the full battery either through national, state or district testing. They are offered seven times a year and on the same dates as the national ACT test.

Section retests are only available through online testing, which may mean they won’t be available at all for most students in 2020 or beyond. Both ACT and College Board have been chasing the Holy Grail of digital test administrations for ages. Not only would online testing save tons of money in printing costs, the practice could eventually eliminate the most random link in the standardized testing chain: the proctor. However, too many practical impediments stand in the way of a digital testing future, including not enough workstations, not enough test centers, and not enough security to prevent cheating, hacking, or general online mischief. Even worse, the digital testing experience can diverge dramatically from paper and pencil testing, usually to a tester’s detriment. One of my colleagues, Brian Eufinger, learned this firsthand:

There are one or two schools in Atlanta who back in 2015 were oddly eager to make their student bodies the digital guinea pigs. We worked with a number of those students, whose schools recklessly mandated that they take the online format. Our sample size is not thousands, but our students had extreme problems finishing without being able to annotate like they were used to. At best, some matched their score. Most fell 2-4 points ACT relative to their most recent homework test the week before the exam

Digital testing may work against ACT students, and the idea doesn’t seem to work for some schools that currently host official ACT administrations. One counselor of a private school in Ohio responded to ACT’s announcement by flatly remarking, “We will no longer be a test site.” College Board already struggles to persuade schools in the Northeast to open early for the August SAT date. How will ACT convince them to find a way to provide secure computer workstations for hundreds of teens at once?

For the record, I love the spirit of ACT’s big ideas. A sane section retesting policy makes what will never be considered a pleasant experience a lot more tolerable. Digital testing can, once the abundance of bugs are worked out, streamline the testing process and save forests full of trees in the process. Superscores ease the potentially crippling anxiety attached to a single test date and allow applicants to flash more of their actual math and verbal reasoning strengths. What I worry about, however, is growing overly attached to ambitions too optimistic to be realized in less than a year. Before crowning a new king of testing, let’s see if ACT’s reach exceeds its grasp or if this organization is ready to usher in a new era of widespread digital testing. Place your bets…