Teens today do so many things on computers, tablets, and mobile devices that those tried-and-true paper and pencil tests seem downright archaic. Yet. while graduate entrance exams like the GRE and GMAT moved to computer formats long ago, the classic college entrance exams have yet to jump the digital divide. The test makers would undoubtedly prefer computer administration, but the structural and logistical barriers to error-free delivery of millions of SATs or ACTs a year have proven, at least up to now, insurmountable.

But, if ACT has its way, the next AOL on the national scene may be ACT Online. The organization just announced that approximately 6,000 Students took an online version of the ACT in recent weeks:

“The administration of the online ACT went smoothly,” said Jon Erickson, ACT president. “We are very excited about the results and the continued growth and development of our online ACT program. ACT’s goal is to increase student access to higher education, and we believe technology will be a valuable tool in helping us to reach this goal.”

This is not the first time ACT has administered an online version of the test with college-reportable scores. Approximately 4,000 students took the online version a year ago in a pilot administration. This newest administration seems to move the ball forward for expanded statewide and districtwide online ACT testing.

If you’re planning to take the ACT in the next year or so for college admissions purposes, don’t worry about how these future changes might impact you. The online ACT will not be offered on the national Saturday morning test dates but rather will initially be offered on an optional basis only to high schools that administer the ACT to all students as part of district or state assessments. 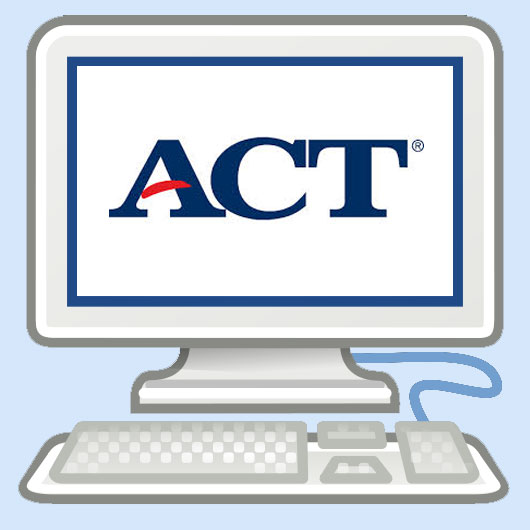 Previous articleOverscheduling: How Dreams Turn into NightmaresNext article Pros Of Standardized Testing (According to The Onion)